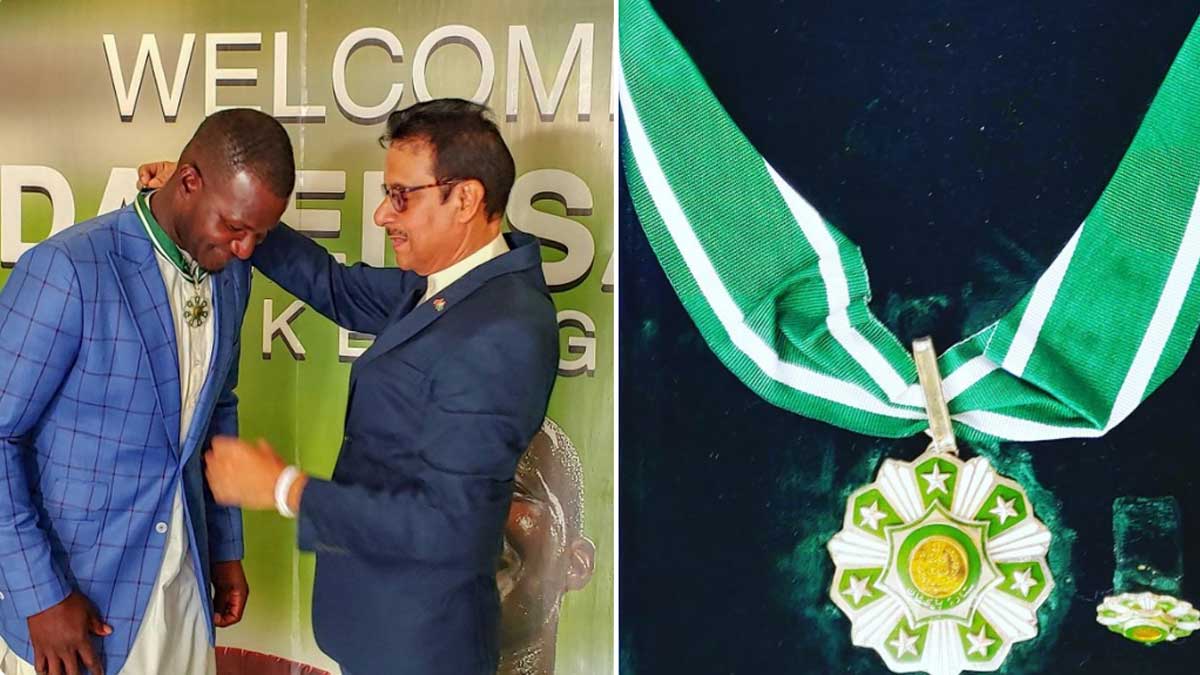 The 38-year-old, who captained a number of franchises throughout the world and represented West Indies in 38 Tests, 126 ODIs, and 68 T20Is, is one of the best T20 leaders the world has seen. Among them, Peshawar Zalmi has remained closest to his heart, and he currently serves as the franchise’s head coach.

The two-time T20 World Cup winner has been a long-time member of the franchise, and he captained them to a title success in 2017 with a spectacular individual effort.

Since Darren Sammy joined the coaching staff, the team has been performing exceptionally well, finishing third in the PSL 2022 league stages. Apart from that, the PSL has uncovered a huge amount of talent in the country, and Sammy was recently recognized for his contributions with a major award.

Darren Sammy released a video of his second home in Pakistan and tweeted about the unforgettable event of earning the honour. He went on to say that the country was one of his favourite places and that he had been properly taken care of.

“This is an honour for me because Pakistan is like home to me.” “I am thrilled.”

“Pakistan is definitely one of them. A spot where I always feel at ease. It is a great honour to get this renowned award (Sitara-e-Pakistan) from the Pakistani government and people. Thank you very much. He added, “#PakistanZindabad.”

Javed Afridi, the owner of Peshawar Zalmi in the Pakistan Super League, congratulated Sammy on his award and praised his efforts to the country in terms of resurrecting cricket.