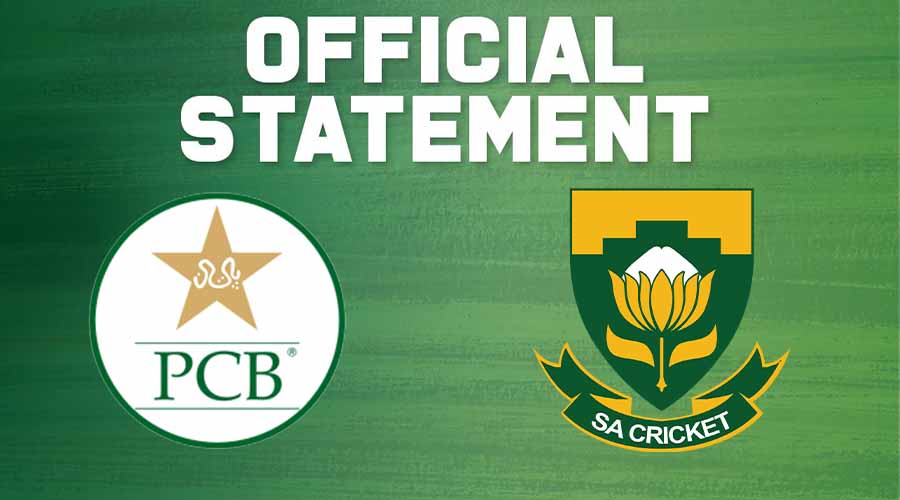 The Pakistan Cricket Board (PCB) declared on Wednesday that South Africa cricket team will visit Pakistan early next year after a span of 14 years to play two ICC World Test Championship fixtures and three Twenty20 Internationals.

The South African team will first arrive in Karachi on January 16, where they will begin the tour at the National Stadium with the first test from January 26-30.

After playing at National Stadium Karachi, both teams will travel to Rawalpindi Cricket Stadium for their second test match and next stop will be Lahore, where three T20I will be played on February 11, 13, and 14.

Read more: England to tour Pakistan in October 2021 after a 16-year gap

PCB said all Covid-19 Standard Operating Procedures (SOPs) would be followed and the visitors would remain in isolation. When the team clears the isolation time, practice and training sessions will meet daily schedules.

“A fabulous news for Pakistan cricket and its fans that South Africa announcing a Pakistan tour and playing matches at the three major centers. Despite the fact that they played last time in 2007, but still South Africa is one of Pakistan’s most famous sides”, said PCB Director International Cricket Zakir Khan.

“I have toured Pakistan back in my playing days on more than one occasion, I know the people of Pakistan have so much passion for cricket,” said Smith.

The newly appointed all format captain Babar Azam greeted the news and expressed that he is looking forward to the contest.

“I am delighted that South Africa have confirmed their tour to Pakistan and look forward to captaining my country for the first time in a home Test at a venue where we recently won our maiden HBL Pakistan Super League title,” Azam said.