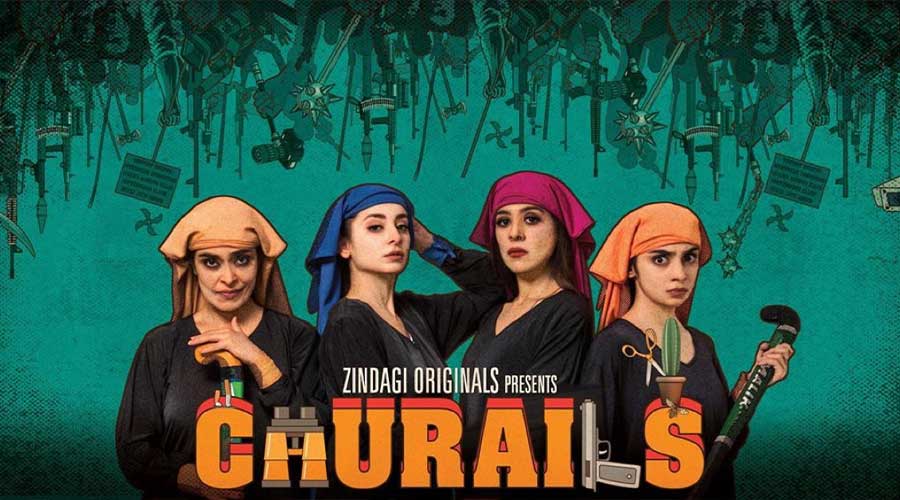 Pakistani original web series Churails aired on Zee5 is becoming popular, the series is getting a cross border attention and the theme it is portraying is receiving rave reviews. With 8.7 IMDb rating, this series within just 10 episodes covered every single issue relevant to Pakistani society, be it misogyny, domestic abuse, class divides transphobia, and even wasting money on garden parties in a country where many people don’t have adequate access to clean water.

Asim Abbasi’s new web series Churails is spilling over with female mischief-makers, these churails are although not related to each other but have joined a force to smash the patriarchy.

Moreover, these four ladies in burka made many people realize the tyranny women have been facing for so long, harassment, abuse, taunts, domestic violence, blackmailing, suppression and repression etc. Some of the Pakistani women shared their experience for being called or listened to churail word for women in their life.

However, criticism and politics are still not away from this series. Some people rejected the idea of girls being called “churail” while some praised the series for showing the reality of Pakistani society.

One of the boys shared his views as he was afraid of watching brand new series Churails as that is based on complete feminist approach, he said, most of the feminist shows either shape women to be so unassailable that they’re unrealistic or then breaking them down too cruelly as if to prove a point about the absurdity of the idea.

He then shared his views regarding the series, “I’m halfway through Churails right now and I can say: I’m not afraid anymore. But that’s me. Men, I think, will feel differently. But more on that in a minute,” he added. “Watching Churails is a surreal experience for one reason besides its fresh (for Pakistani entertainment, anyway) approach to telling stories about women: it is surreal because it’s the product of cross-border collaboration at a time of historic non-cooperation between India and Pakistan.”

Zoha a lady said, “My son, who happened to be in the same class said that 4 witches topped the class. That was the first time I received the seemingly gruesome label of being a churail; little did I know that it would mark the beginning of a lifetime of similar occurrences.”

Another girl shared her Churails reviews, “I’m into dark stuff; metal music, skulls, dark arts, you name it. This has been a part of my passion and people have been calling me churail and even have accused me of practicing magic just because of the way I dress and of my interests”.

Then a lady with love for make-up also shared that she left the make-up the day she was called churail by her some relative, “I stopped doing makeup from that day until recently. It’s crazy to admit how big a deal it was for me until now. It took me a while to gradually come out of it and now I’m a makeup fanatic. Random people have come up to me and commented on how beautiful my makeup is and how I should really pursue it professionally but I still find myself wondering if I’m overdoing it because of that careless remark”.