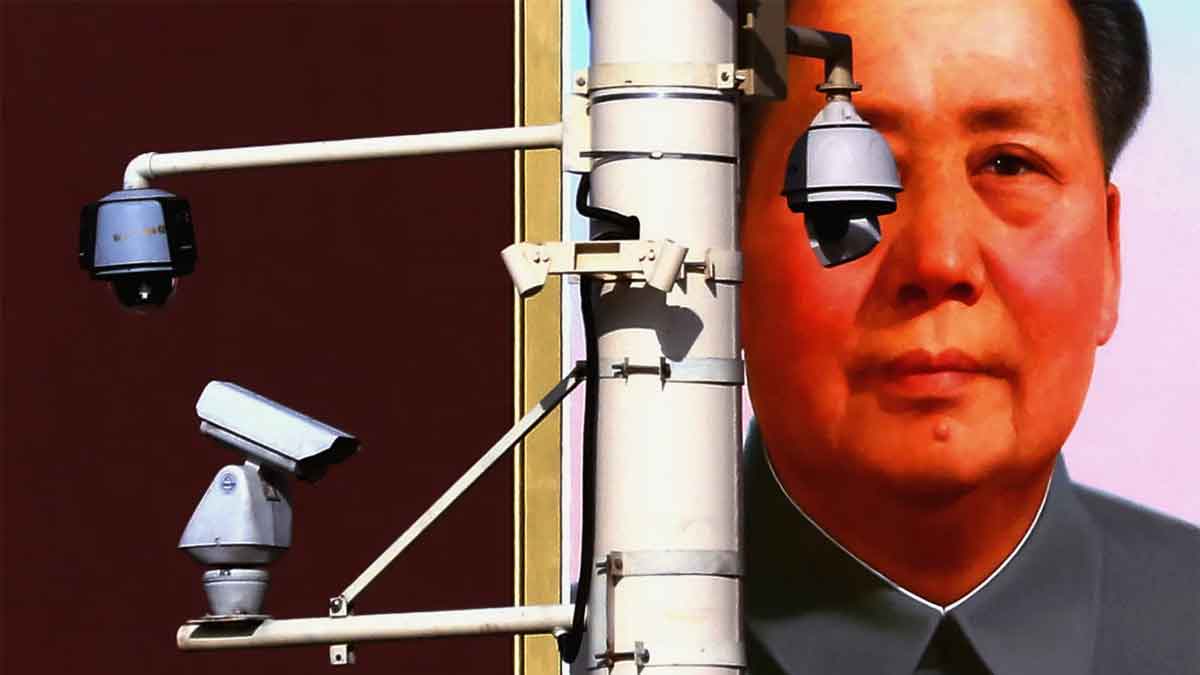 According to a recent revelation, the Chinese government is allegedly using cutting-edge mind-reading artificial intelligence (AI) to track the thoughts of numerous Communist party officials.

Chinese scientists allegedly created software that can deftly assess facial expressions and brain activity to determine whether people were paying attention to “thought and political education.”

Over the past ten years, China’s strict police state has been dramatically expanded, combining big data, machine learning, face recognition technologies, and artificial intelligence to create what many have called the most sophisticated digital dictatorship in the world.

The high-tech advancement would be used to “further consolidate their confidence and determination to be grateful to the party, listen to the party, and follow the party,” according to the Hefei Comprehensive National Science Centre.

In a brief video, a subject was shown through exercises promoting party ideology while looking at a screen at a kiosk. Researchers claim that the kiosk’s technology was able to track the researchers’ facial expressions and determine how they reacted to various bits of content.

According to the institute, it urged the research team’s 43 party members to attend parties while being observed by the new mind-reading AI.

On July 1, the video report was released, however it is no longer available as it was deleted.

President Xi, secretary of the Communist Party and head of the 1.4-billion-person country, has previously proclaimed that “thought and political education” is a crucial component of the ideology of the ruling party and has required complete adherence to it.

Study Times, a state-sponsored publication in China, reported on the development of a similar artificial intelligence in 2019. The publication claimed algorithms could be used to “gauge the thought condition of party members” and ensure that content can “go into the head and the heart of party members.”

The newspaper at the time stated that the mind-reading AI would “really develop a party member’s political quality and ideological thought.”

The change is only the latest in Xi Jinping’s persistent drive to turn the world’s most populous country into a technological dystopia.

A digital social credit system tracking a score is increasingly popular in some parts of China. Those who are deemed untrustworthy by the government run the risk of losing fundamental rights like booking a flight.

A low social credit score will also bar you from well-paying jobs, prevent you from obtaining a mortgage or vehicle loan, and even prevent you from reserving a hotel room. Your internet speed will be slowed, your kids won’t be allowed to attend private schools, and the government may even list your name on a public blacklist for everyone to see.

Even more, the government created a “deadbeat map” through a WeChat app, which displays a radar-style visual identifying each laolai in the user’s immediate area.

A person’s entire name, court case number, and the reason they were tagged as untrustworthy are revealed by tapping on a person highlighted on the map. According to news sources, residential addresses and identity-card numbers are also partially displayed.

According to some accounts, people are preemptively detained and transferred to re-education camps when their social credit score drops too low, not because they have committed a crime but rather because they are “likely to.”

By reporting crimes committed by those who break the new rules, citizens can also earn points to demonstrate their faith.

Christians who meet for prayer in private houses without permission or Muslim Uyghurs who are seen congregating may be the target of a new kind of tattle-tapping that not only causes them conflict but also benefits the “good Samaritan” who exposed them to the police.

Horizons claims that the corporate social credit rating system is being implemented in a “very advanced” manner.

Research explaining the effects of a low credit score stated that “more than 33 million firms in China have already been assigned a score under some variant of the corporate social credit system.”

China has tried to establish a rewards system in recent weeks to encourage people to report crimes and raise their scores.

Depending on how beneficial their information is, Chinese residents may receive “spiritual prizes” in the form of certificates of gratitude or as much as $14,925, according to the Legal Daily.