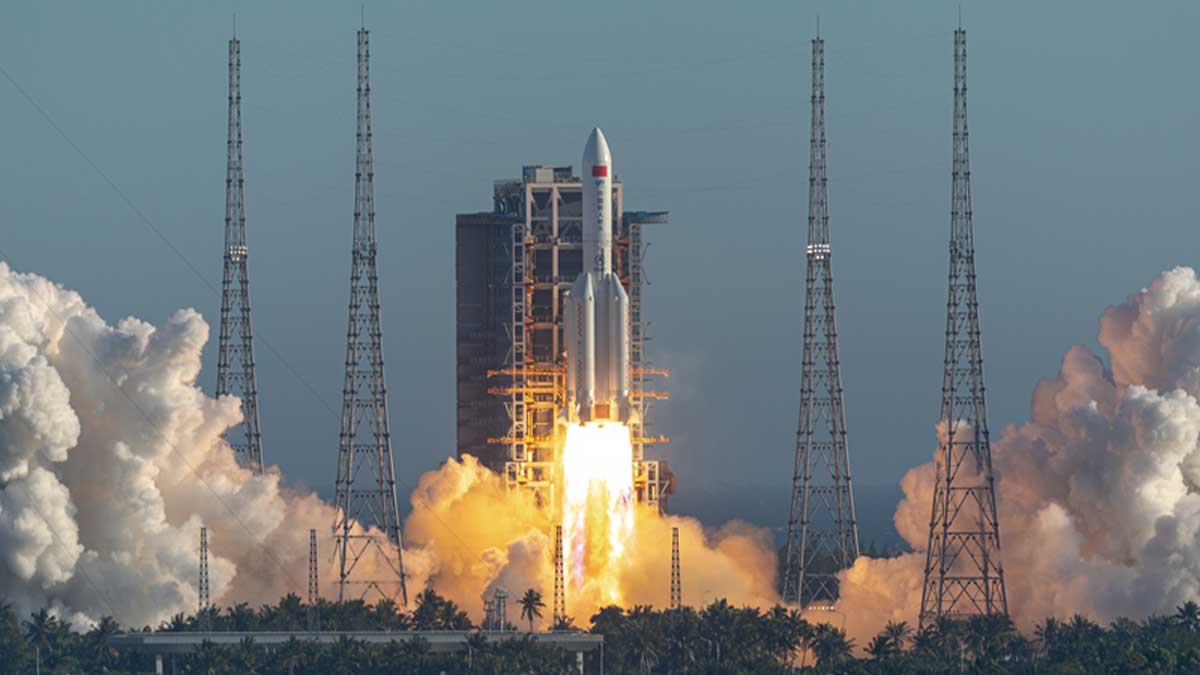 The first module of China’s “Heavenly Palace” space station was launched on Thursday, marking a significant step forward in Beijing’s revolutionary goal to build a permanent human presence in space.

China has invested billions of dollars in space exploration in order to represent its increasing global stature and technological might, following in the footsteps of the US, Russia, and Europe.

The Tianhe base module, which houses life support equipment and a living room for astronauts, was launched on Thursday by a Long-March 5B rocket from Wenchang in China’s tropical Hainan province, according to state television.

In a congratulatory message sent Thursday, Chinese President Xi Jinping called the space station a critical step toward “building a great nation of science and technology.”

After 11 missions to deliver more modules and assemble them in orbit, the Tiangong space station, whose name means “Heavenly Palace,” is scheduled to be operational by 2022.

The completed station would resemble the Soviet “Mir” station, which orbited Earth from the 1980s to 2001.

The Chinese space station is scheduled to stay in low orbit for around 15 years, between 400 and 450 kilometres above Earth.

The completed station would be around a quarter the size of the International Space Station, weighing just over 90 tonnes.

As per the Chinese Society of Astronautics, the station will have two other modules for scientific research and will be fitted with solar panels as well as experimental equipment, including an ultracold atomic experiment apparatus.

According to Bai Linhou, deputy chief designer of the space station, the core module will provide three astronauts with 50 cubic metres of living space and innovative telecommunications equipment that will enable astronauts to access websites “no differently than regular people using the internet and phones on Earth.”

In September 2011, China launched the Tiangong-1 lab, its first prototype module aimed at laying the groundwork for a permanently crewed station.

In 2018, the lab disintegrated upon re-entry into the Earth’s atmosphere, two years after it stopped working.