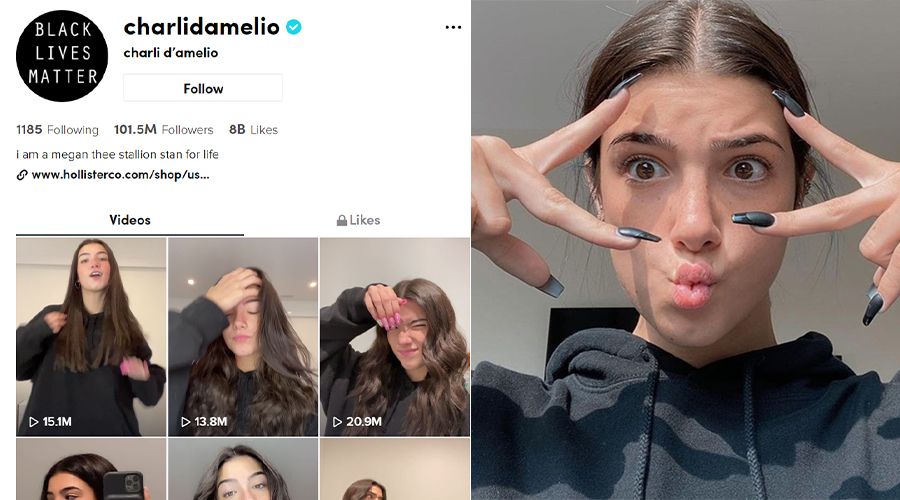 Living in Connecticut, United States, the internet sensation reached the 100 million subscribers milestone in record time as she only started posting to TikTok in May 2019 despite the fact that such a huge following is only limited for high-profile celebrities, but Amelia crossed the A-listed celebrities on the social media platform.

Mostly known for her dance videos, D’Amelio posted her first video in May 2019. After posting regularly her first video got viral after two months and in the previous 12 months, D’Amelio has gained 99 million followers on the app.

Upon reaching this milestone, she couldn’t consider that she was residing her actual life.

IS THIS REAL LIFE RIGHT NOW

In Charli D’Amelio’s videos she mostly appears with her family members including her older sister Dixie D’Amelio who is also a TikTok star. D’Amelio also makes stitch videos along with other Tik Tokers who do dance videos.

She gained popularity in a very short time most teenagers could only dream of. Through video sharing portal she also made a TV appearance such a The Tonight Show starring Jimmy Fallon and even got her partnership deal from Prada at Milan Fashion Week.

Apart from this all, she also struck sponsorship agreement with different brands such as EOS which is a cosmetic brand, D’Amelio also showcased her talent in a Super Bowl advertisement for Sabra hummus, and agreed to become the face of Hollister together with her sister.

Through different partnerships and sponsored deals, the 16-year old teenager earned $4 million in the year from June 2019 as per the report published by Forbes.