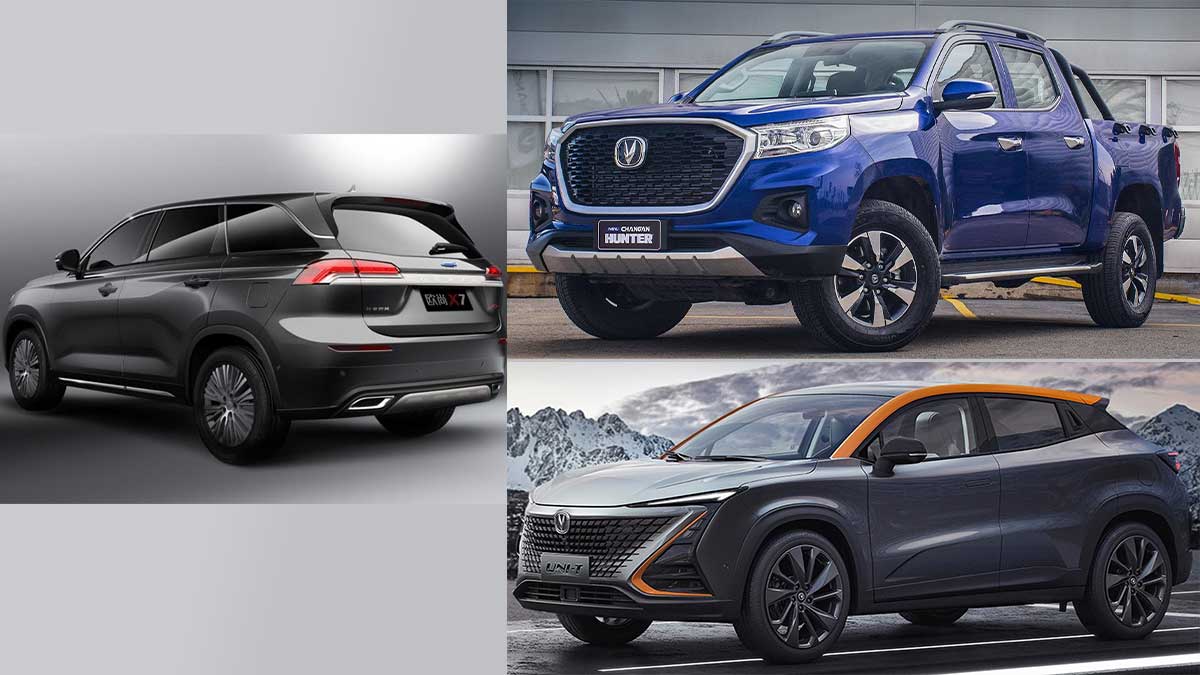 Changan Pakistan, the company behind the Karvaan minivan, the M8 and M9 mini pickups, and the Changan Alsvin, is considering introducing two SUVs, the Uni-T and Oshan X7, as well as a double cabin pick-up called Hunter.

The Uni-T is a compact turbocharged crossover that competes with the Kia Sportage, Toyota CH-R, and Nissan Juke.

Meanwhile, the Oshan X7, which is also 1.5 turbocharged but slightly larger and similar to the MG-HS and Hyundai Tucson, is also in the list.

The Isuzu D-Max and Toyota Hilux are equivalent to the 1.9 litre Turbo Charged Hunter.

Changan Pakistan announced that it has been examining the three vehicles on Pakistani roads, but it has refused to reveal which models will be launched there.

“We can launch all three vehicles or only one,” a company source explained. “We haven’t made a decision yet, but we are aiming to add more cars to our list.”

Hunter pickup is a direct rival of Isuzu D-Max and Toyota Hilux Revo.
“The Toyota Hilux has a larger engine that produces more torque. Hunter, on the other hand, has the equivalent torque to the D-Max thanks to its turbocharged engine,” he explained.

Off-road vehicles, such as pickup trucks and SUVs, depend heavily on torque. Torque refers to the amount of force an SUV or pickup may produce when driving over rough and rugged terrain, as well as mud, where other vehicles can get stuck.

Under the Auto Development Policy 2016-21, the Changan Pakistan has been marked as a greenfield project. In comparison to established companies such as Toyota, Honda, and Suzuki, new companies such as Proton, Kia, Hyundai, MG Motors, and Sazgar would pay lower duties.

The ADP 2016-21 policy expires in June 2021, and new models launched by new firms, known as industry entrants, will be considered for duty reductions for the entire five-year cycle.

After the ADP expires, the entrants will introduce a new vehicle, but the later they do so, the narrower the window for duty relaxation. However, the government has yet to provide further information on this.