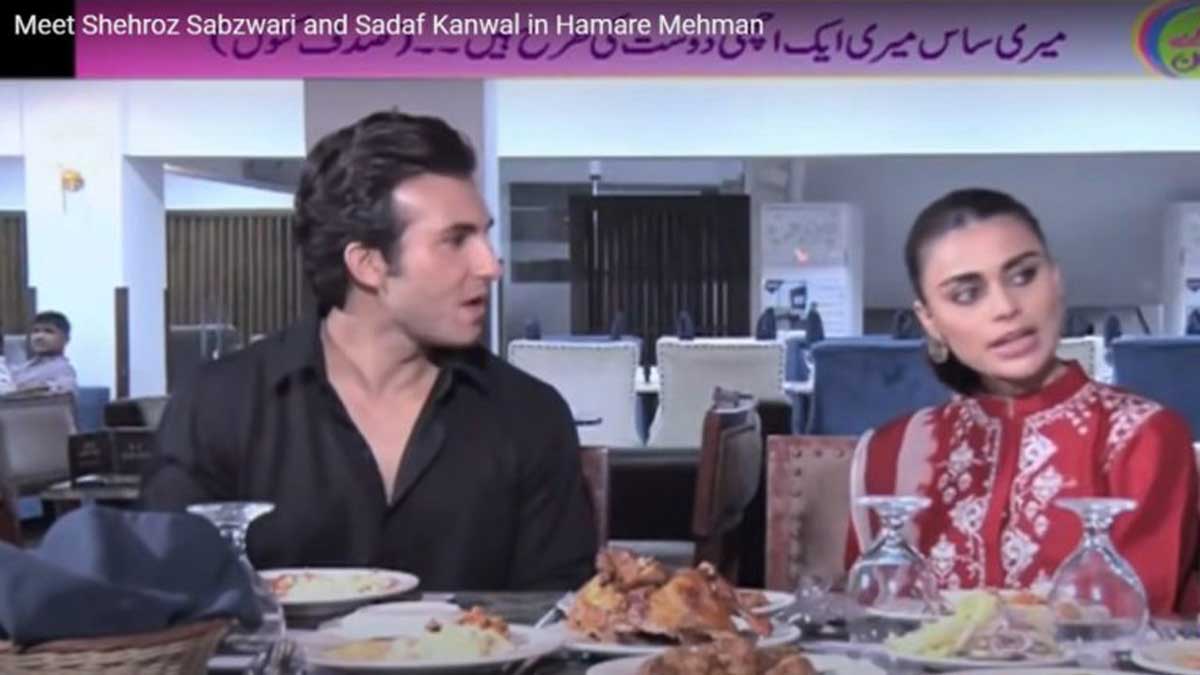 Sadaf Kanwal has said that ‘husbands are our culture’, as is ‘picking up their shoes and ironing clothes’ and her definition of feminism has taken internet by storm. The statement by the renowned actress and model on a local TV channel went viral within hours that has left many to draw parallels between her and screenwriter Khalilur Rehman Qamar.

One of the netizens wrote, “Just noticed, Sadaf Kanwal is a female version of Khalilur Rehman Qamar. You nailed it Sadaf!” Others chimed in sharing similar sentiments while posting photos of the writer and the celeb.

“When you don’t know the definition of feminism, start rambling about ironing your husband’s clothes. EPIC!” actor and model Sabeeka Imam tweeted.

She went on to add, “There is nothing wrong with ironing clothes and picking up socks. Every human has their own way of expressing love. But a woman’s world does not begin and end there, as opposed to what Mrs. Sabzwari has portrayed.”

She went on to clarify that people may have become “allergic” to the term ‘feminism’ but that is only because of “misleading ideologies.” She also shared in her Insta Stories, “This is not Sadaf’s fault, poor girl will only say what she knows. I think the host should not have asked Sadaf such a serious question. Hosts need to be responsible in what they ask so that such topics don’t become trivial.”

Mathira also commented, she wrote, “Seriously, there are also women who run the house like single moms. When will we understand that there is no competition between a man and woman? If they are together, they should be side by side not above or below. If a man takes care of the family, that’s good, bless him. But being a house wife is also a full-time job. Also, if some men are good, others are toxic. If one is blessed with a good man, she should not speak for all the women, she should speak for herself!”