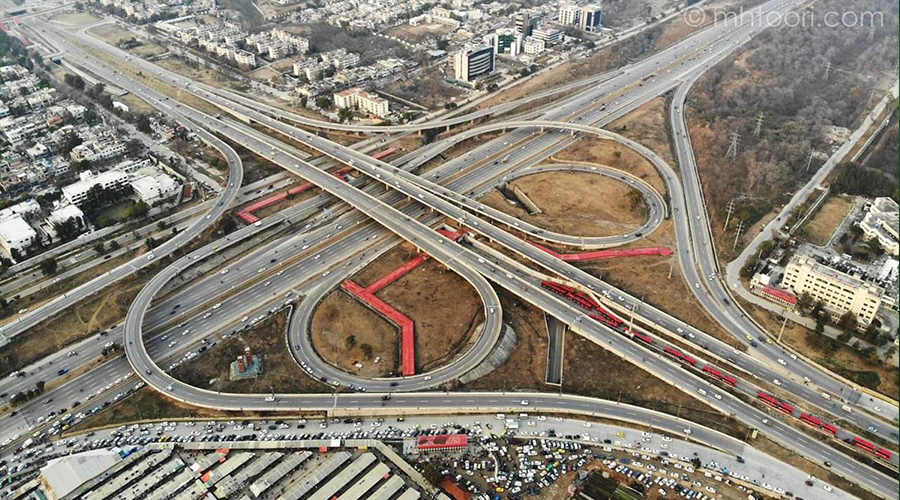 In a bid to alleviate rush hour traffic issues in Islamabad, the Capital Development Authority (CDA) has instructed the Engineering, Finance, and Planning departments to prepare a feasibility report for construction plans.

The project will reportedly be carried out in multiple phases and the first phase will include the construction of flyovers and underpasses on Margalla Road in F-10 and E-11. The project will commence in February 2021.

CDA officials in the meeting discussed traffic issues at F-10 Markaz, link point of 9th Avenue and Blue Area, F-11 area and Tramri area. The chairman CDA said it is not necessary to have underpasses on all roads, but “we will explore options”.

“I have asked engineering wing that before proposing new underpasses, prepare a conceptual plans, but if underpasses are imperative, we will go for their construction. I believe, in some areas, with little intervention, traffic issue could be resolved without underpass,” he said.

Moreover, on 17 December, the Minister of Interior, Sheikh Rashid, ordered the removal of all security check posts from the roads of Islamabad to facilitate the flow of traffic.

Consequently, 18 of 21 check posts were immediately removed by the authorities. He told the media that the new smart patrol cars would replace the check posts.