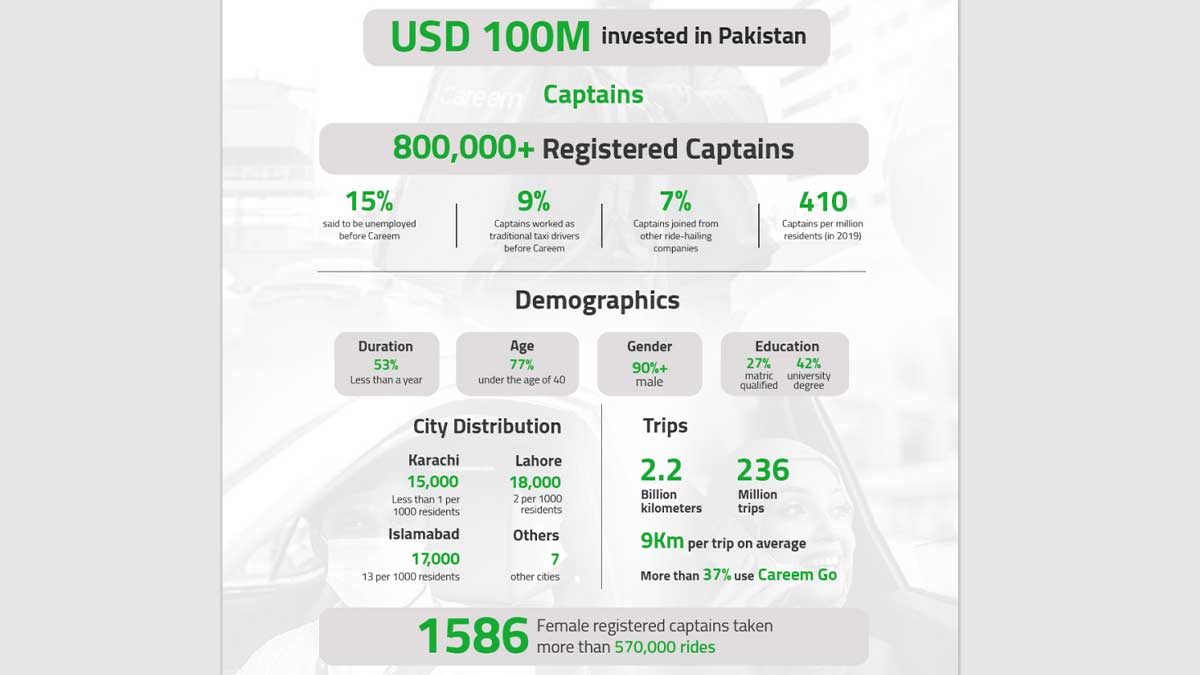 Careem, ride-hailing and delivery firm, has teamed up with Oxford Economics to release “The Socio-Economic Impact of Careem,” an independent analysis that covers the years 2015 to 2019. The paper details how Careem has aided in the creation of income-generating possibilities, the provision of dependable services that make lives easier, safer mobility for women, and the socioeconomic impact on Captains, Customers, Colleagues, and local communities.

The study offers detailed information on Careem Captains and Customers, including demographics, total trips taken on Careem, and the company’s economic impact. According to the research, Careem has invested over PKR 100 million in Pakistan over the last five years, resulting in a customer base of 9-10 million and 236 million rides.

“It brings me great pleasure to see the impact Careem has made in Pakistan over the years. It has not only paved the way for a shift in the digital ecosystem in Pakistan but also contributed massively to the lives of millions of people. The scale at which Careem has provided employment opportunities and the people we have moved over the years truly humbles me.”

The report also includes data-driven information about Careem Captains’ livelihoods, demographics, thinking, behaviours, and backgrounds, based on a sample survey of them.

Careem is also notable for overcoming the social “shock-factor” of women driving around by allowing them to become Captains. Careem now has over 1600 female Captains who have an average rating of 4.83. Women Captains have completed nearly 570,000 rides over a distance of 4,500,000 kilometres.

Careem is transforming into a Super App, with many prospects as it expands its services from ride-hailing to include mobility of items and money, such as food, daily essential deliveries, peer-to-peer credit transfer, and mobile top-ups.