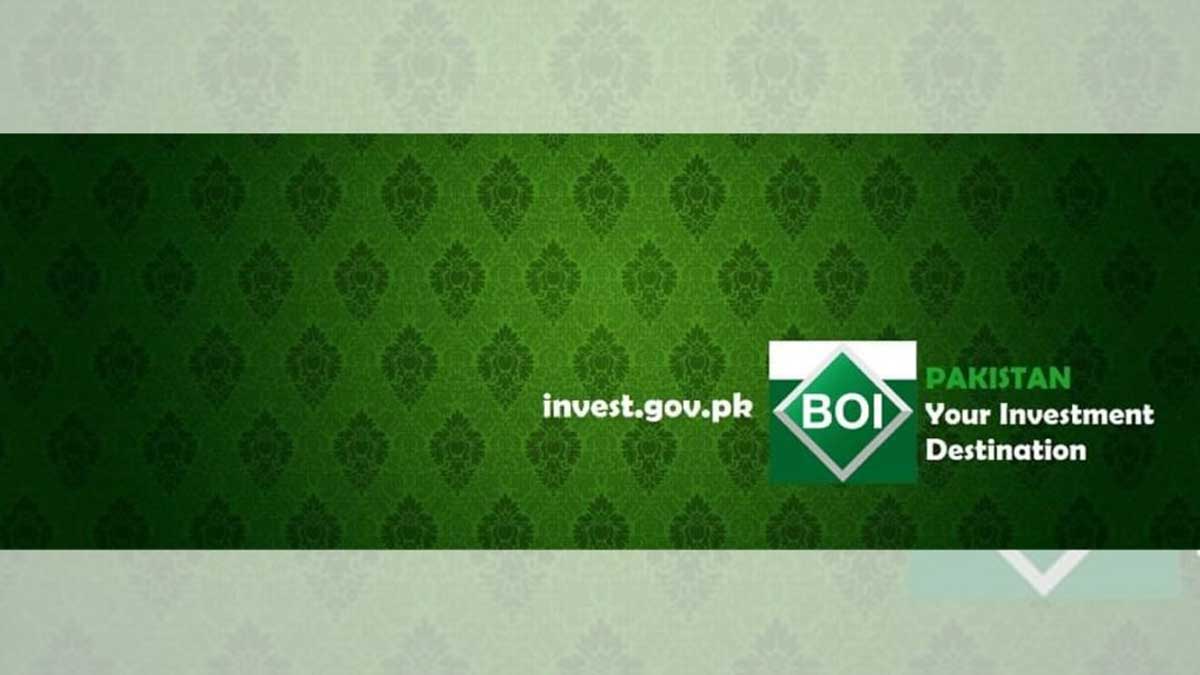 Out of 168 proposed reforms, the Board of Investment (BOI) has completed 100 reforms which aim to identify, simplify, modernize the regulatory bottlenecks for facilitation of businesses.

On Thursday during the sixth steering committee (SC) meeting of the PRMI held, was chaired by Advisor to the Prime Minister on Commerce and Investment Abdul Razak Dawood. The data on the progress of reforms was presented, the Board of Investment (BOI) completed 100 reforms out of the 168 proposed reforms under Regulatory Reforms and Guillotine Initiatives (PRMI).

According to official sources, out of 168 reforms, 100 reforms were implemented while others were at various stages of implementation.

BOI Additional Secretary Mukarram Jah Ansari, while sharing an overview of the progress of the Regulatory Guillotine mechanism, said, “The entire exercise has been carried out in close collaboration with business associations of various sectors to ensure accurate identifications of cumbersome regulations that are hampering business growth.”

Meanwhile, the secretary lauded the support of the World Bank, Foreign Commonwealth and Development Office (FCDO) and Office for Product Safety and Standards of the Government of UK, in capacity building and helping the Pakistan government departments regarding smart regulations.

Representatives from Punjab and Khyber Pakhtunkhwa (KP) governments also briefed the meeting on the progress of initiation of provincial One Stop Shop (OSS) and Zero Time To Start-up (ZTTS) policies.

Furthermore, BOI Secretary Fareena Mazhar appreciated the active involvement of the private sector in supporting the successful execution of the ongoing initiative.

Advisor to the Prime Minister also expressed satisfaction with the performance of stakeholders, he encouraged them to continue the momentum of business-friendly environment in the country.

“It’s heartening to see acknowledgment of government endeavors by the private sector as it is a testament of the on-ground positive impact,” he stated.