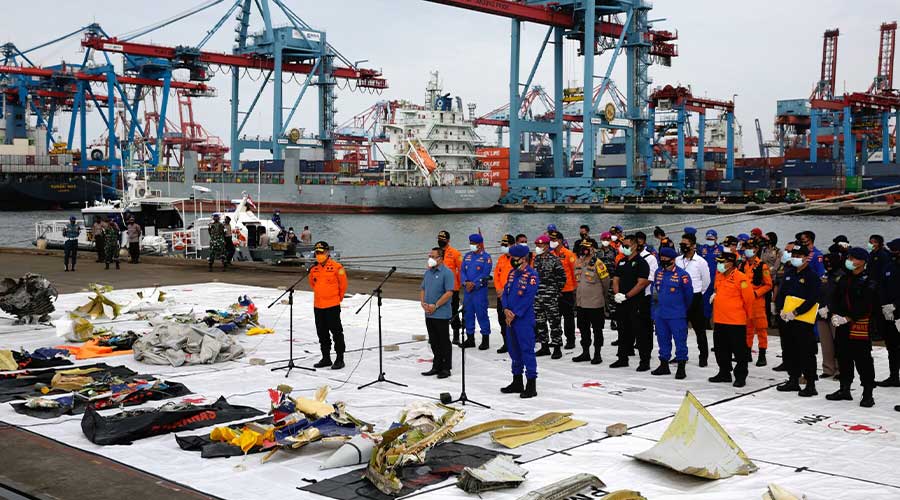 Rescuers searching for the wreckage of an Indonesian plane that crashed into the ocean with 62 people on board on Saturday say they have located the jet’s black box flight recorder and obtained communications data.

On Sunday, Indonesian divers found pieces of the Boeing 737-500 plane wreckage 75 feet deep in the Java Sea, a day after the 62-person jet on board lost touch with air traffic controllers after taking off from the Indonesian capital, officials said.

Hadi Tjahjanto, the Air Chief Marshal stated that we have gathered reports through diver team regarding visibility in the water is good and clear, which is in favor of ours to search for plane wreckage.

At about 1:56 p.m. local time, Sriwijaya Air Flight SJ182 took off from Jakarta and disconnected its connection with the control tower at 2:40 p.m. revealed by Adita Irawati from Ministry of Transportation of Indonesia.

The 90-minute flight was to Pontianak, the capital of the province of West Kalimantan on Borneo Island, Indonesia. In the plane there were 56 commuters along with 6 crew members.

The Air company said in a statement that we are aware of media reports from Jakarta about Sriwijaya Air flight SJ-182. “we are shaken by the tragic incident and our thought are with passengers, crew member and their grieving families. We are in touch with the families of the victims and in this dark time, we are ready to help in every perspective.”

According to the flight monitoring service FlightRadar24.com, the jetliner lost over 10,000 feet of altitude in one minute, four minutes after takeoff.

The plane’s last recorded altitude was 250 feet; the service announced that its maximum altitude was 10,900 feet. While moving from Pontianak to Indonesian capital, Jakarta, every plane spends maximum of its travelling time over the Java Sea.

Fishermen in the Thousand Islands district, a chain north of the coast of Jakarta, reported hearing an explosion at around 2:30 p.m. Saturday.

“Something we heard explode,” Solihin, one of the fishermen commented on the tragic incident. He further said that “We assumed it was a tsunami or bomb, as we detected some big splashes of water right after explosion.”

There was heavy rain and the weather was so terrible. And it’s hard to clearly see around. But after the sounds, we could see a splash and a large wave. We were very surprised and saw the aeroplane debris and the fuel around our boat right away.

As they waited at Jakarta and Pontianak airports, television footage showed relatives and friends of people weeping, praying and hugging each other onboard the plane.