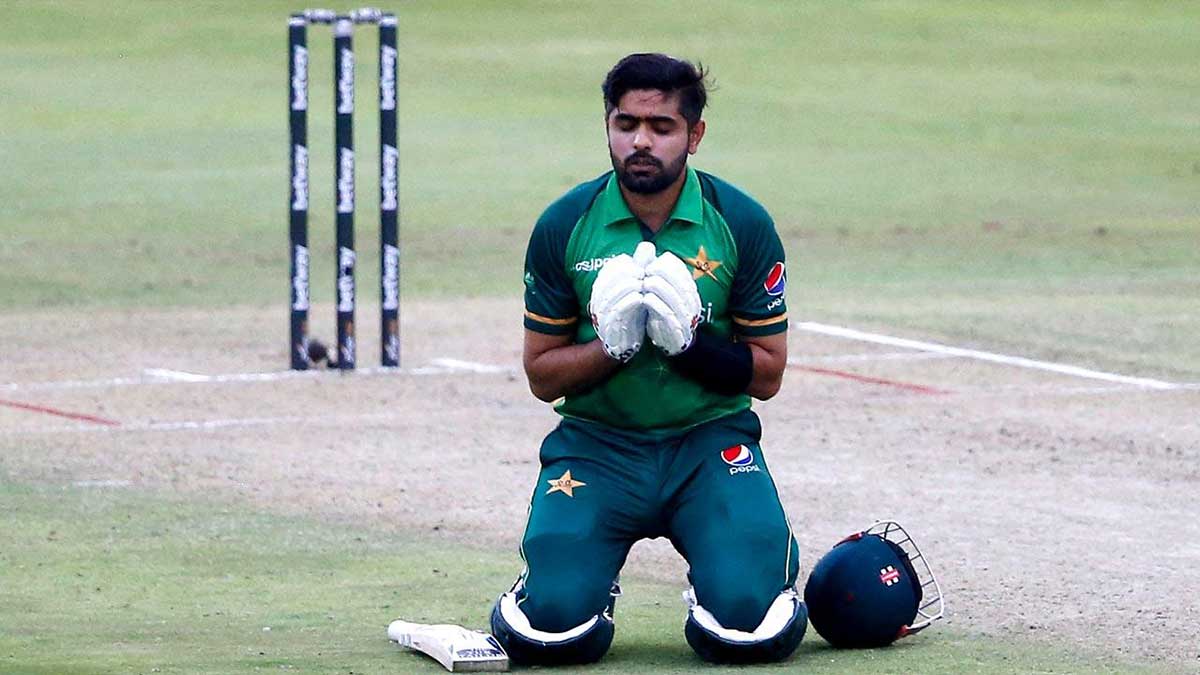 Babar Azam, Pakistan’s captain, has written an emotional open letter to cricket fans, pledging that the Men in Green will win the England series.

Azam is seen typing on his laptop in a video posted on social media by the Pakistan Cricket Board.

Azam’s voice may be heard in the background saying, “Players and fans have a very special relationship.” “Without each other, they are nothing.”

The world’s top ODI batsman praised Pakistani fans, adding that what distinguishes Pakistani fans from the rest is that they cheer every Pakistan victory and give the team confidence when they lose.

Azam gave special attention to the fans in the United Kingdom, where the squad has just arrived for a series against England.

“After Pakistan, the UK has the most fans for us,” the brilliant Babar Azam added in letter. “Whenever we visit England, we are greeted by adoring supporters from the airport to the hotels to the stadium,” he continued.

According to Azam, the team missed the Pakistani supporters the last time they visited England because the stands were empty due to the COVID-19 protocols.

He urged people all over the world to support the Men in Green from the comfort of their own homes and on social media.

Babar Azam pledged in the open letter that he would not let them down.

“We came here with the intention of winning and, insha’Allah, we will return home victorious,” he stated.

On July 8, Pakistan will face the World Cup champions in their first match. Before the tour ends on July 20, Pakistan will play three ODIs and an equal number of T20Is against England.