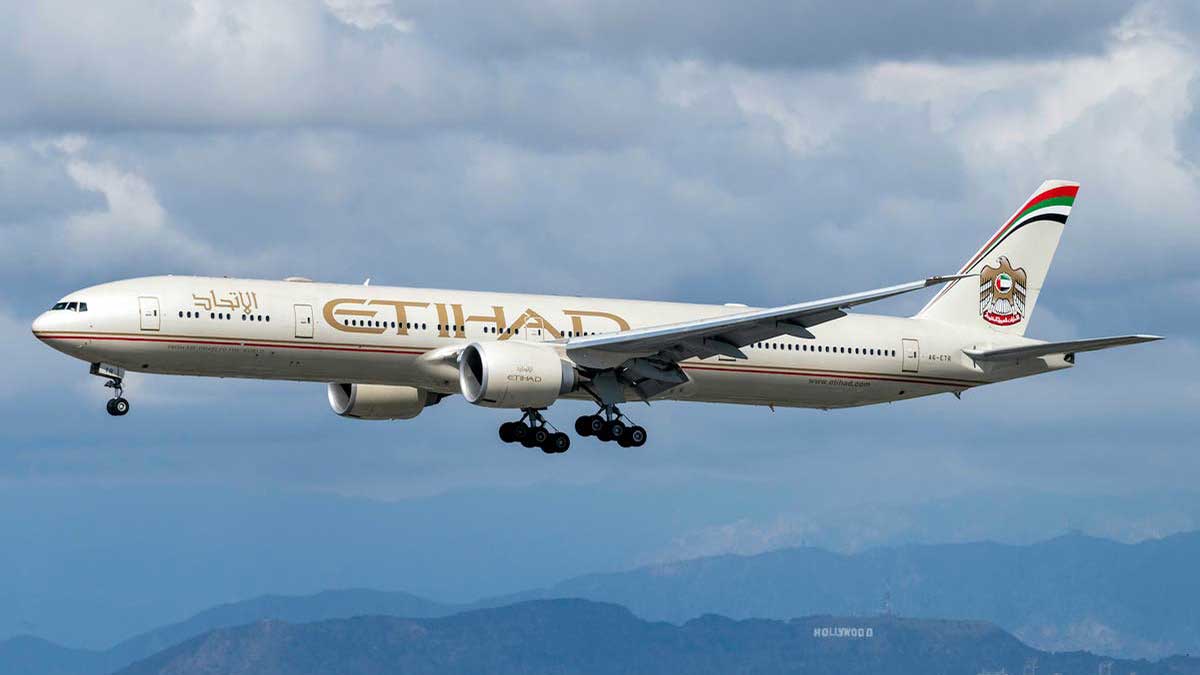 With the UAE lifted its ban on transit passenger traffic from Pakistan and five other countries from August 5, Abu Dhabi’s Etihad Airways has announced that the airlines will now launch its flights from Karachi, Lahore and Islamabad from August 10 (Tuesday).

According to a statement by the airlines, people travelling from these countries need to quarantine for 10 days on arrival in Abu Dhabi and “wear a medically approved wristband for the duration of quarantine that will be provided by the airport authorities after clearing the immigration process. The flyers must also take a PCR test on day four and day eight.”

The UAE’s restriction on transit passenger traffic from Pakistan, India, Nigeria, and other countries lifted on August 5, according to the National Emergency and Crisis Management Authority (NCEMA).

Due to the coronavirus pandemic, the United Arab Emirates, a key international travel hub, prohibited passengers from numerous South Asian and African countries for several months.

Passengers travelling from countries where flights were suspended will be able to transit via NCEMA airports starting Thursday if they submit negative PCR tests taken 72 hours prior to departure, according to NCEMA on Twitter.

The body added that final destination authorisation would be required, and that UAE departure airports would set up separate lounges for transiting travellers.

Nepal, Sri Lanka, and Uganda were all included in the transit flights prohibition by UAE. According to NCEMA, the prohibition on travellers from these countries entering the UAE would be lifted for people with valid residency and who have been recognised as completely vaccinated by Emirati authorities.

They would, however, need to register for online entry permits ahead of time and provide a negative PCR test taken 48 hours before departure.

Those working in the Gulf Arab state’s medical, educational, or government sectors, as well as those studying or completing medical treatment in the UAE, as well as humanitarian cases, would be excluded from the vaccination requirement.

According to the CAA, all inbound travellers aged six and up will be required to have a valid negative PCR test result obtained within 72 hours of the start of journey to Pakistan.

“Upon arrival in Pakistan, all inbound travellers aged 6 and up will be subjected to quick antigen testing,” according to the advice.