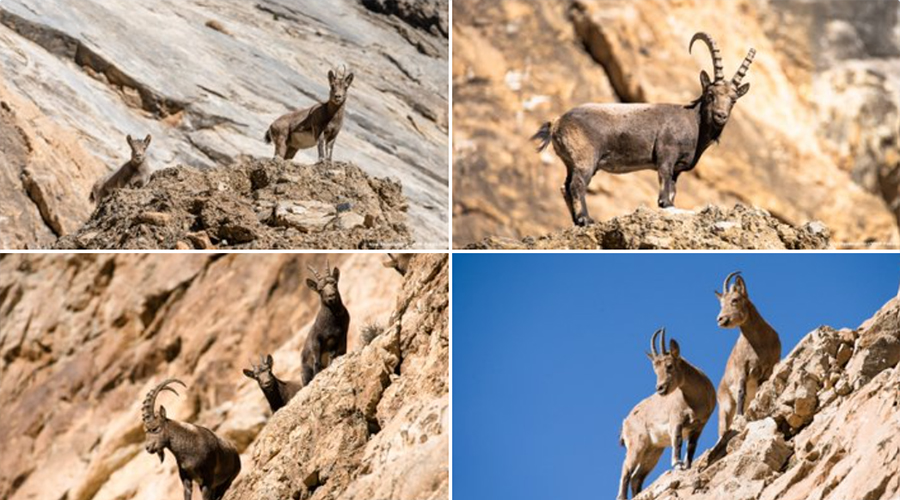 On Wednesday, WWF-Pakistan issued a statement that stated that in order to understand how the local wildlife department, WWF and communities have protected wildlife in the area and to film the ecosystem, WWF-Pakistan’s team along with a local wildlife photographer, captured the footage.

WWF Pakistan recording such a large number of Himalayan ibex on film in Gilgit-Baltistan in an unusual happening. The team was on a journey to film the habitat and associated wildlife of Passu Glacier when they came across a herd of at least 50 Himalayan ibex including females along with their yearlings in Khyber village, Hunza Valley.

Imtiaz Ahmed, a local photographer who filmed 50 Himalayan ibex said, “When it comes to filming wildlife, being patient is of paramount importance and one should not get discouraged by harsh weather conditions or difficult terrain.”

Further said, “It is because we had patience that we were lucky enough to film this rare sight. My message is that we should do as much as we can to protect the beautiful wildlife in these areas so that our next generation can witness and experience their existence. My hope is that through my pictures and footage, I can raise awareness among the public about animals that inhabit our northern areas. It is time for us to be one with nature and do what we can to protect it.”

He added, “After more than three decades, we can report that the population of ibex is increasing. The sighting of such a large herd is a welcome indicator of the conservation success of WWF in its fiftieth year in Pakistan.”