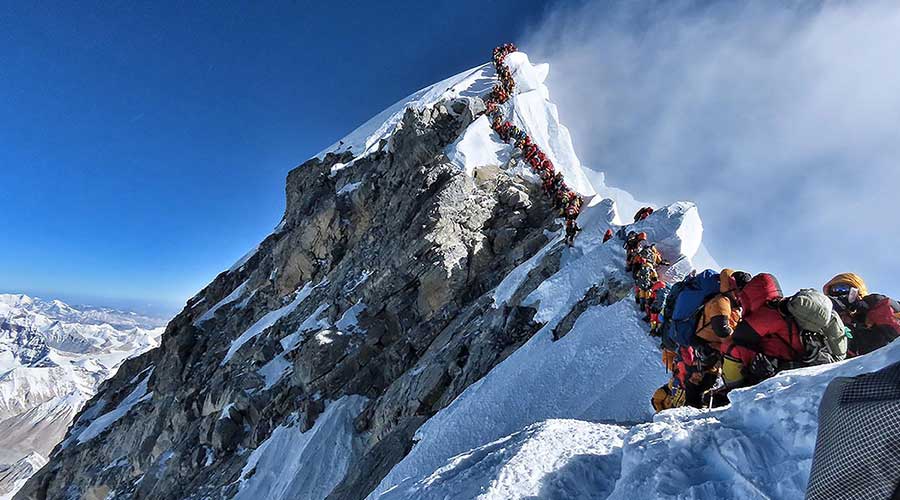 The Pakistan Army conducted a photographic survey of K2 from an F-16 jet as it continues to search for missing Pakistani mountaineer Muhammad Ali Sadpara and two other climbers.

According to a statement issued by British-American climber Vanessa O’Brien, an F-16 jet has already been sent to take the photographic surveys when the weather prevented rotary machines from approaching K2 during the search mission to locate Pakistani climber Ali Sadpara, Juan Pablo Mohr and John Snorri.

Vanessa O’Brien is a Pakistan’s Goodwill Ambassador. He is also making efforts through a virtual base camp.

Pakistani mountaineer Sadpara along with two other climbers John Snorri from Iceland and Juan Pablo from Chile went missing on February 5 during their expedition to K2 and efforts to locate them so far have failed.

As per the press release, the K2 Virtual and Physical Base Camp team said that “an extraordinary search operation in the history of mountaineering” is underway on K2.

“When the weather prevented rotary machines from approaching K2, the Pakistan Army sent an F-16 to take the photographic surveys. We proved the SAT/SAR technology worked, too, as it helped us identify points that we searched for later. Unfortunately, these ‘leads’ turned out to be a sleeping bag, torn tents or sleeping pads. None of these were Ali Sadpara, Juan Pablo Mohr or John Snorri Sigurjonsson,” it added.

“These three strong and courageous mountaineers have 13 children, John Snorri Sigurjonsson (6), Ali Sadpara (4), and Juan Pablo Mohr (3), and I know they all felt loved by their families. Please give these families time, space and compassion. Share your stories about them, so they will be remembered.”

Ali Sadpara who celebrated his 45th birthday at K2 Base Camp on 2nd February before he started the summit bid has a record of climbing the 8 highest peaks in the world and hoisting the Pakistan flag.