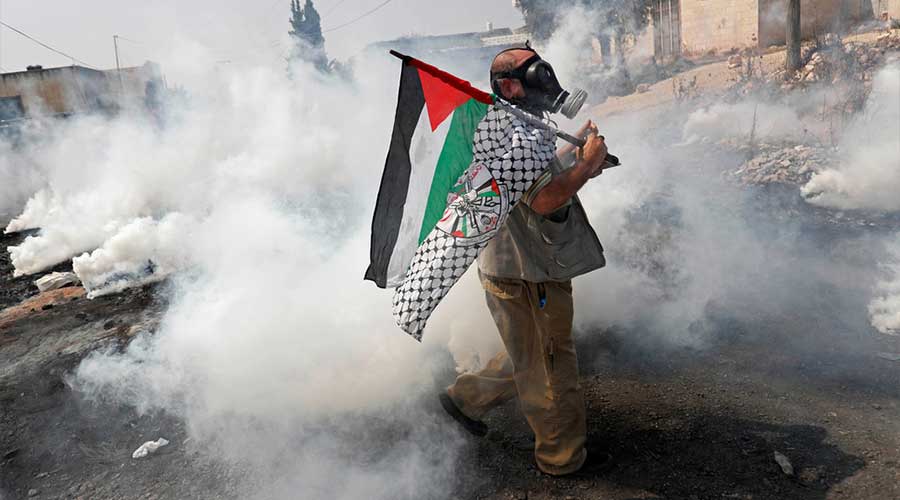 The ‘historic’ deal between Bahrain and Israel to normalize their ties has invited a storm of condemnations from Bahrainis, political parties and groups across the Arab world.

The deal was yet another shocker for the Middle East and the news was rejected by the rest of the political parties, different groups and from those who are affiliated with Arab countries.

The largest party in the Algerian parliament, the National Liberation Front said in a statement in which they conveyed a strong message over the pact between Jewish state and Bahrain, the statement read “This shameful agreement…is another stab in the heart of the Palestinian cause and a well-established treason.”

The National Liberation Front accused the Arab League of “complexity” in drafting this treaty. “This league has failed to condemn the UAE-Israel normalization deal despite the fact that this agreement was a brazen violation of the so-called Arab Peace Initiative,” it said.

The Islamic Action Front also rejected the Bahrain Israel deal which is another leading Arab political party in Jordan, a political arm of the Muslim Brotherhood Group named the pact as a “historic crime that must be retracted.”

A statement that was revealed by the Islamic Action Front labeled the so-called normalization of relations with Jews as “a betrayal of the Palestinian cause, the struggle of the Palestinian people and positions of the Arab peoples.”

The General People’s Congress a Yamen based party also condemned the Israel-Bahrain normalizing agreement by saying that it was an effort to conciliate Israel.

This agreement “comes as part of the so-called deal of the century and part of plots to destroy Arab countries that still stand in the face of the normalization plans,” the party said in a statement.

Even groups within Bahrain bashed the authority’s decision regarding regular ties with Tel Aviv. The Islamic Action Society called on all the Islamic countries in the world to condemn the Bahraini officials criminal act of accepting Israel as a state and started diplomatic ties with Jews.

The Islamic Action Society raised their voice and called every Islamic state to put pressure on Bahrain in order to “to halt this crime through all legitimate and possible means.”