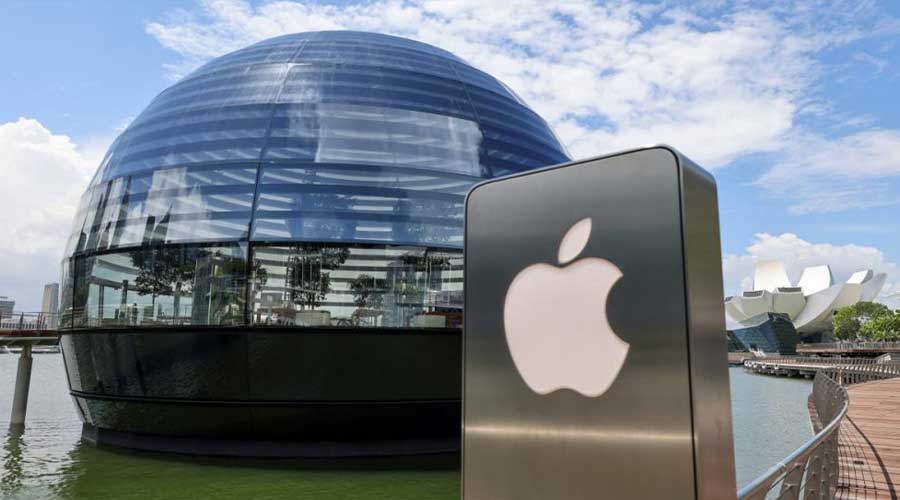 Apple stocks tumbled as much as 4% losing around $81 billion in market value on Tuesday after the announcement of the new 5G iPhone 12 models.

In Apple’s virtual event in California CEO Tim Cook ushered in ‘the next generation’ for the brand and revealed its first 5G-capable lineup of phones spread across four new models. The iPhone 12, 12 mini, 12 Pro and 12 Pro Max will be available in a 6.1-inch size, 5.4-inch, 6.1-inch and 6.7-inch sizes respectively. The new phones will also boast more durable screens, upgraded cameras, and a faster processor.

As the company was busy introducing new models enjoying the huge moment and despite the introduction of the latest 5G capable iPhone 12 lineup, the stock market was not on their side.

As per the reports by ‘Markets Insider’, stocks traded ‘at an intraday loss’ just before the event, but more skimmed after the reveal of iPhone 12, as $81 billion were wiped out of the Apple market value.

However, despite the huge loss Apple did manage to recover some as the market closed down on 2.7%.

Right after the unveiling of the iPhone 12, the experts believed that the latest release has an uncanny resemblance to the iPhone 5 due to its curved frame.

Although the new phones are a bit of a throwback, there are some new features included in it that show the modern touch Apple is known for.

The CEO of the Apple Tim Cook referred to the new iPhone 12 lineup as ‘the most exciting step yet’. “We’re bringing 5G for iPhone,” Cook said.

“This is a huge moment for all of us and we’re really excited.”

The latest iPhone models are equipped with the brightest display ever, as the screen is tougher than any other regular screen due to Ceramic Shield technology, which provides four times greater chance of surviving without cracking.