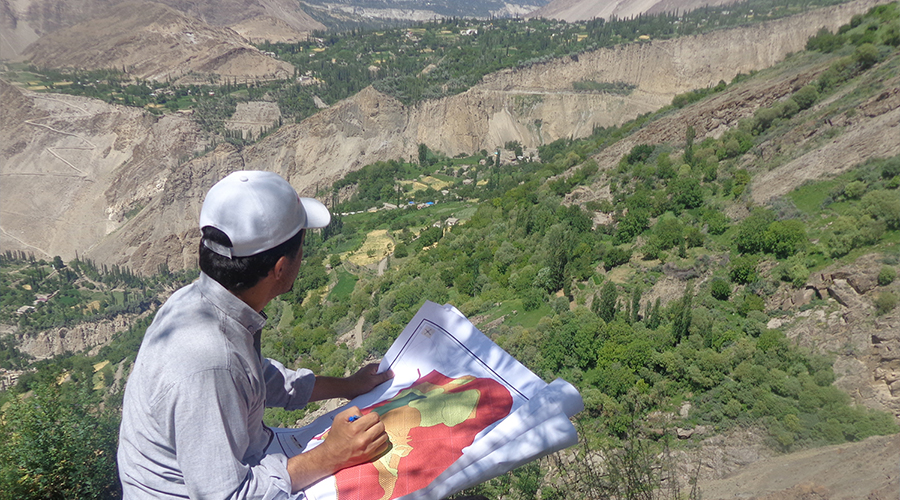 A report issued by UNO declared that Pakistan is the third biggest country in the world that fell victim to earthquakes, floods, and heatwaves during the last 20 years. As a result, faced the loss of the lives of many citizens. In South Asia, it is the biggest country facing natural hazards. The northern areas of the country are affected most.

A project was undertaken by Aga Khan Foundation regarding the safety of the people of that locality from natural catastrophes. Under this project, photographs and data of many villages were taken through satellite then they were analyzed to find out how many villages are vulnerable the natural disasters. Then certain places were selected for the reforms. A lot of people were given related information with the appropriate training. The training was meant to enable people to save their own lives, houses, and precious households.

As such the villages have been made climate-proof. Around 50 thousand extremely poor villagers were trained by Aga Khan Agency for Habitat to save themselves from earthquakes, floods, climatic changes, fall of the glacier.

The women were also included in the training and awareness program from many rural areas. The coordinator of this Aga Khan Foundation’s program, Samra Siraj told that the women have especially been included in this program as a big number of women are usually affected by the natural hazards. These women have been trained to face dangerous situations and to save their lives.

Nawab Ali Khan, the Chief executive Officer of Aga Khan foundation Habitat said that winning the Gold Award is an honor for AKAH and gives us additional motivation to do more for building safer communities and safer habitats.