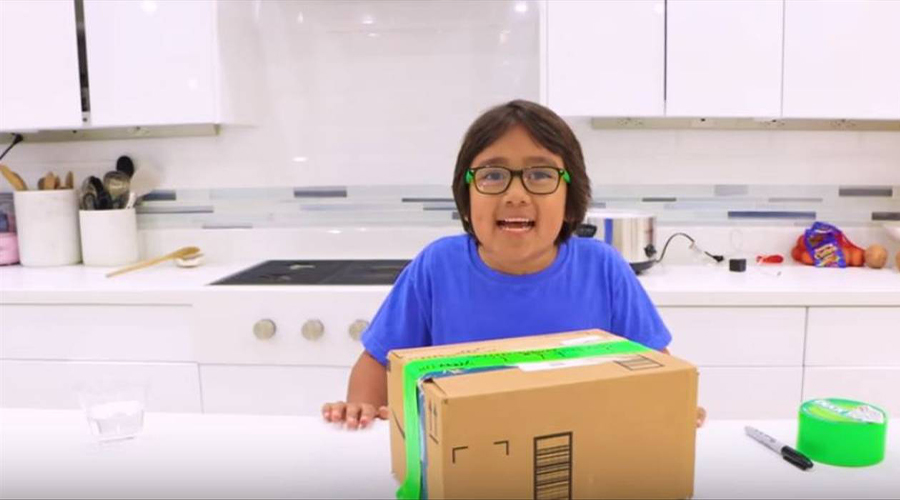 For the third consecutive year, Ryan Kaji, a 9-year-old boy, is ranked number one on the Forbes list of top YouTube earners in 2020. The little kid has earned $29.5 million and nabbed 12.2 billion views on his videos.

According to Forbes, Kaji earned $29.5 million from YouTube clips in 2020, up from $26 million last year, when Kaji was also number one on the Forbes list. Kaji was also on top in 2018 with $22 million earning.

Ryan Kaji, from Texas, made $29.5m (£22m) from his YouTube channel Ryan’s World, as well as a further estimated $200m from Ryan’s World branded toys and clothing, including Marks & Spencer pyjamas. He has also signed an undisclosed, but allegedly multimillion dollar deal for his own TV series on Nickelodeon.

The child influencer, whose YouTube channel goes by the name of Ryan’s World, is an interactive space for children to get their hands on some cool science experiments, music videos, skits, challenges as well as some DIY arts and crafts.

His most popular video, Huge Eggs Surprise Toys Challenge, has more than 2 billion views, making it one of the 60 most-viewed videos ever on YouTube.

Ryan, is now running nine YouTube channels but Ryan’s World is the most popular with 41.7 million subscribers and 12.2 billion views.

However, the young boy and his family are now facing a threat of a US Federal Trade Commission investigation over allegations that his videos’ sponsors are not disclosed properly.

“Nearly 9% of the Ryan Toys Review videos have included at least one paid product recommendation aimed at preschoolers, a group too young to distinguish between a commercial and a review,” a complaint from the consumer watchdog, Truth In Advertising, said. “These advertisements often depict unhealthy foods,” it added.