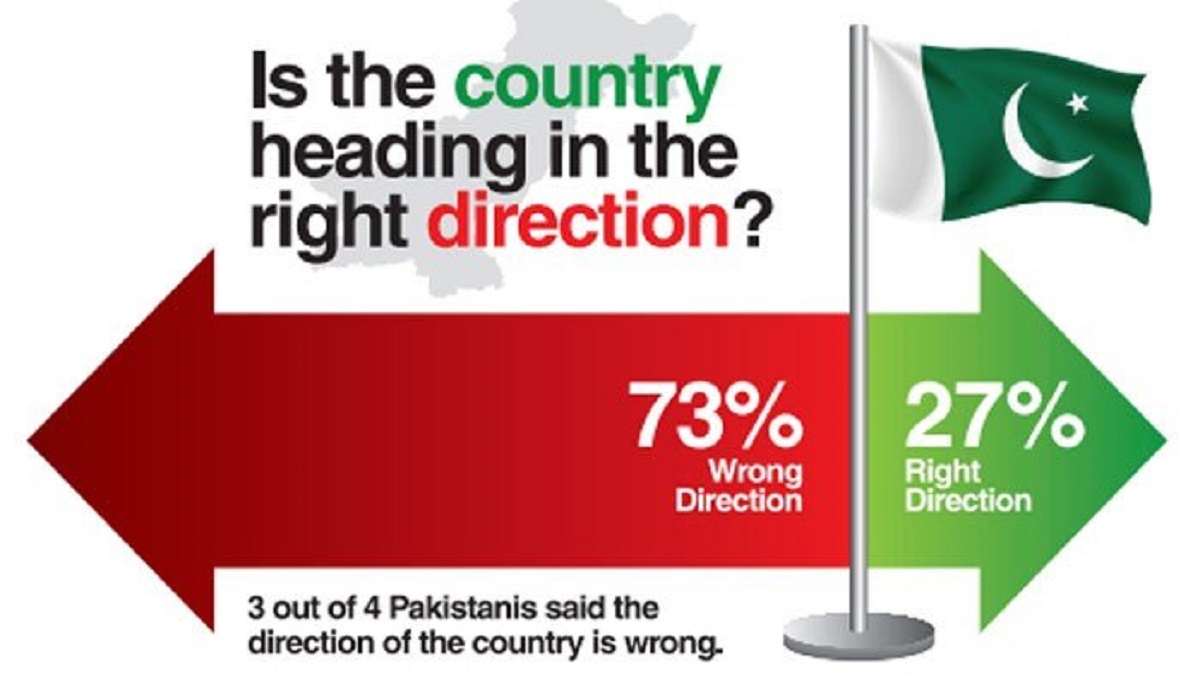 Around 73 percent of Pakistanis think the country is heading towards wrong direction, says survey. Pointed out the findings of a new opinion poll conducted by the IPSOS from March 18-24, 2021, with a sample size of 1,000 people.

According to the survey, 62% identified inflation, poverty and unemployment are the biggest issues confronting the masses.

Concerning to the country’s overall direction, 23% of Pakistanis found nothing wrong with Pakistan’s policies. However around 70% people expressed anxiety over the country’s plight and 30% found conditions satisfactory.

On the other hand, 41% people were disappointed with the economic conditions and doubted further deterioration. However, 32% expressed a reasonable viewpoint, 27% were hopeful that the economy will improve, and another 27% found the economy to be standing on weak foundations while 12% found themselves to be economically better off.

61% described their economic status to be neither positive nor negative.

Meanwhile, overall 38 percent of the sample size expressed disappointment in economic conditions in the coming next months. While 29% hoped the next six months will bring positivity on the economic front. And 33% maintained their moderate viewpoint.