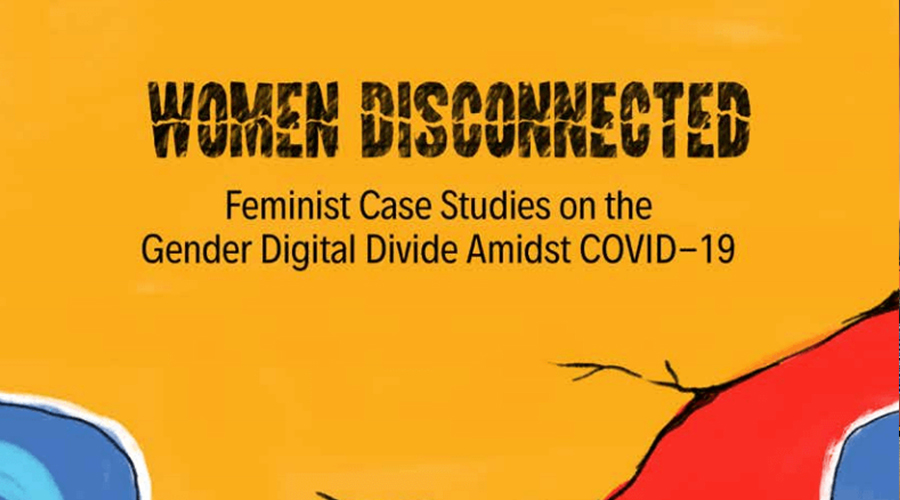 A recent study by Media Matters for Democracy (MMfD) declared that six in ten women in Pakistan face some kind of restrictions from their families when using the internet.

The new study conducted by MMfD is titled “Women Disconnected: Feminist Case Studies on the Gender Digital Divide Amidst Covid-19” which sheds light on the unfortunate reality that in a developing country like Pakistan, many women cannot have access to the internet.

The research was based on a survey with 215 women from across Pakistan and a series of in-depth interviews.

Meanwhile, families with a monthly income of less than 30,000 per month do not have access to the internet. This shows that affordability contributes largely to women’s use of the internet.

Survey also revealed that according to the majority of the respondents, they are only allowed to use the Internet for attending online classes or talking to the family via WhatsApp. Whereas, 16 percent of girls are strictly prohibited from using the internet. A huge number of the respondents i.e., 80 percent, who are unable to use the internet are from South Waziristan of erstwhile FATA.

76% of the respondents said that the internet in Pakistan is expensive and more than a third said that it was beyond the reach of the average person.

The survey revealed that the need for internet usage among respondents increased with the COVID-19 pandemic, with 8 out of 10 respondents said that they felt the need to use it more during the lockdown.

Researcher Hija Kamran regretted the fact that despite access to the internet being acknowledged as a fundamental right, “many people continue to be disconnected” in Pakistan. “Our study finds that the gender digital divide is not merely an inconvenience – it, in fact, hinders growth and opportunities, and is life-threatening for women who are not able to access the internet because either there are infrastructural barriers, or it is unaffordable, or due to patriarchal restrictions.”

“It is the responsibility of the government to ensure every citizen has access to open, affordable, and safe internet in Pakistan,” Kamran underlined.