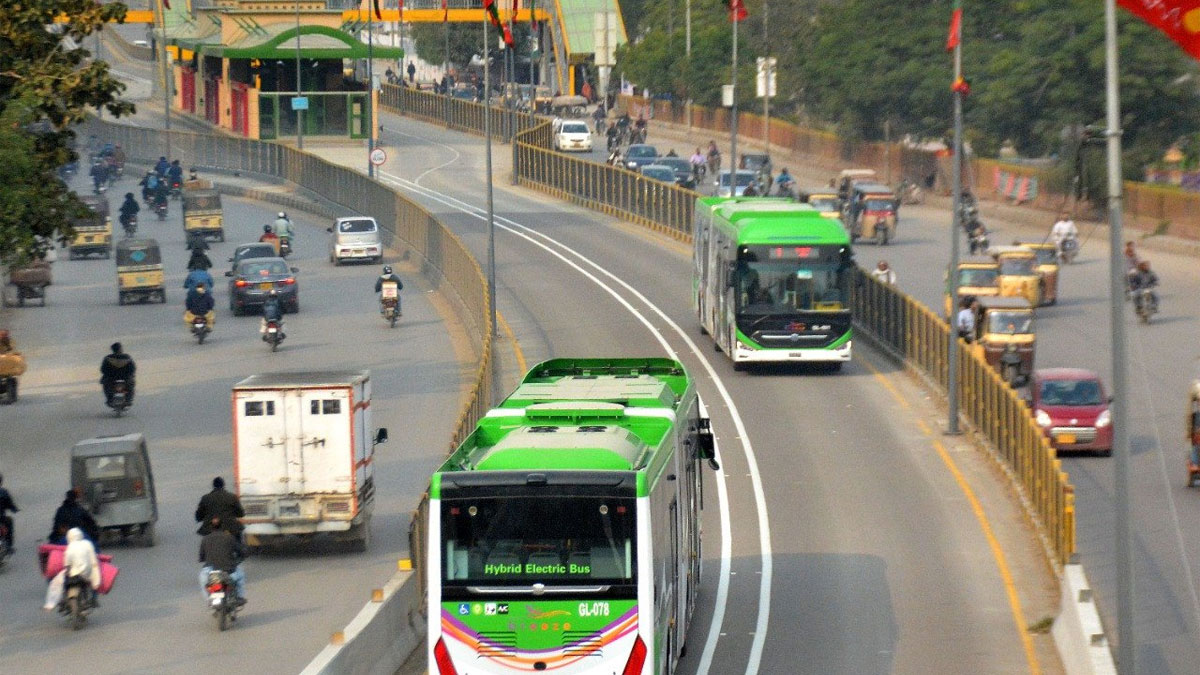 The Karachi citizens, who desperately needed a better transport service for nearly three decades, showed a ‘positive’ response to the Green Line bus service in its first six months of running as almost six million people have traveled through its dedicated corridor on 80 buses in the given period.

The people’s feedback raised the hopes that more such services could increase the number of commuters and bring to an end the decades-old problems of citizens of this beleaguered city.

The Green Line of the Bus Rapid Transit System is the first-ever public transport operation initiated in the city by the federal government after years.

As per the official data, the day from the formal launch on January 10 till July 7 evening, approximately 5,811,570 passengers traveled on Green Line without any break.

This displays on an average 968,595 people traveled on 80 buses of the project on monthly basis, the official said, adding that the starting month of the project noted 50,000 people moving every day which gradually came to 35,000 passengers daily.

“Since its launch, the service is on without any break and adding value to people’s comfort with each passing day,” remarked Abdul Aziz, general manager of operations of the Sindh Infrastructure Development Company Ltd (SIDCL).

“Through this tech-based value addition, an app would be available for the passengers to pay their fare online and top up their prepaid cards from anywhere,” GM added.

However many people have complained that many escalators and lifts installed at the Green Line stations are not working or not being run for several ambiguous reasons. “When the Green Line staff is asked why the escalator is off, they simply reply that it is out of order,” a commuter told the media.

Moreover, with the launch of Green Line, a question remains about the efficiency of the project, which is initially aimed to be connected with the Sindh government-funded Orange Line Bus Rapid Transit System (BRTS) — the shortest route in all the five BRTS.

“The infrastructure development work on the Orange Line is almost done and buses are already here. The test drive of these buses is going on over the track. The service will be launched anytime soon,” according to a Sindh government official.