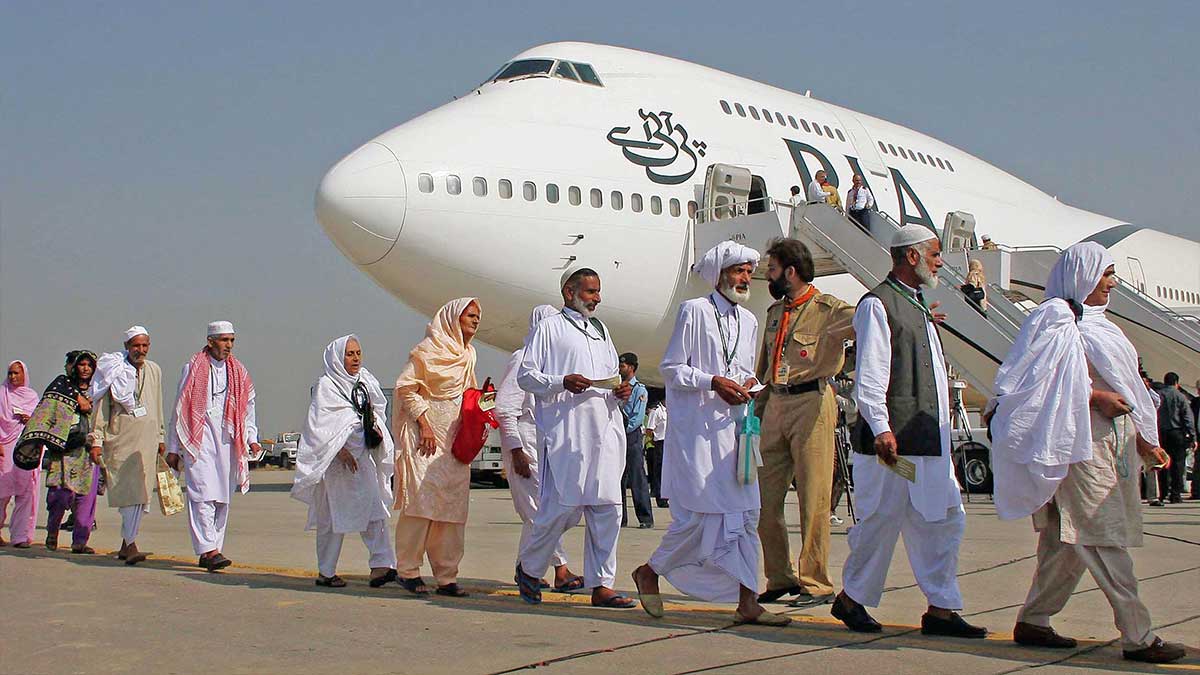 Ministry of Religious Affairs on Friday released the schedule of Hajj flights and the first Hajj flight will depart from Islamabad for Saudi Arabia on June 6.

32,000 Hajj pilgrims will fly to Saudi Arabia on 106 flights, with 42 flights operating from Islamabad as part of the “Route to Mecca” project.

Domestic and international airlines, including Pakistan International Airlines, were halted Hajj flights for a week due to a wait from the Ministry of Religious Affairs announcing specifics of Hajj expenses.

Under the government Hajj scheme, the Ministry of Religious Affairs has set out Rs 800,000 for Hajj costs in Islamabad, Punjab, and Khyber-Pakhtunkhwa, while the amount for pilgrims from Sindh and Balochistan has been set at Rs 791,000.

According to the airline’s management, the Hujjaj were concerned about the change because they are unable to purchase tickets and lodgings.

The management stated that tickets could not be purchased until the information of Hajj expenses were released.

The Hajj will be performed from eight locations in Pakistan: Karachi, Lahore, Islamabad, Faisalabad, Sialkot, Multan, Peshawar, and Quetta, according to PIA officials. According to reports, a total of 297 Hajj flights will depart to Jeddah and Madinah.

According to the report, Saudi Arabia is expecting one million Hajj pilgrims this year, including both domestic and foreign pilgrims.

After a two-year prohibition placed in the aftermath of the global pandemic, the Saudi government increased the pilgrim limit in 2022.

Meanwhile, persons above the age of 65 will not be able to perform Hajj this year due to government regulations.