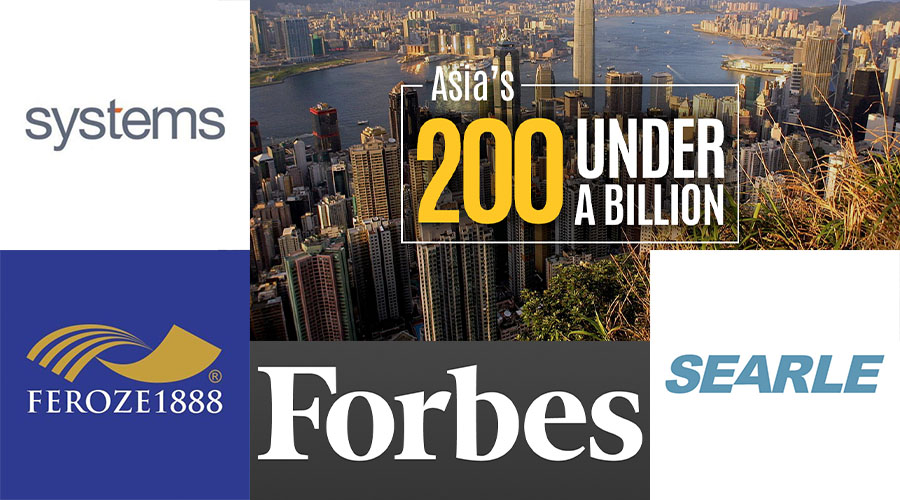 Three Pakistani companies Systems Limited, Feroze1888 Mills and Searle Pakistan made it to the Forbes ‘Asia’s Best Under A Billion 2020’ list.

The annual list recognizes 200 top-performing small and mid-sized companies in the Asia-Pacific region with sales under $1 billion.

According to the released statement, “These companies have track records of exceptional corporate performance, with one Covid-19 caveat: the list is based on full-year data as of July 7 and does not fully reflect the impact from the pandemic-led downturn,”

Adviser to Prime Minister of Pakistan for Commerce and Investment Abdul Razzak Dawood congratulated the Pakistani companies on making it to the Forbes list, stressing that he was a “great believer in entrepreneurship of our people”.

He took on Twitter and posted, “I congratulate the Systems Limited Pakistan on making it to the Forbes “Asia’s 200 Best Under A Billion 2020” List. It is the only IT sector company from Pakistan which made it to this List.”

He further said, “I also congratulate SEARLE Pakistan (pharma) and Feroze1888 Mills (textiles), two other Pakistani companies, for making it to this List.”

I also congratulate SEARLE Pakistan (pharma) and Feroze1888 Mills (textiles), two other Pakistani companies, for making it to this List.2/3

Feroze1888 Mills Ltd, which engages in the production, manufacture, and export of yarn and textile terry products, reported sales of $215 million with a Net Income of $44mn and a Market Value of $189mn.

Meanwhile, Systems Limited which engages in the provision of business process outsourcing and information technology-enabled solutions reported $50mn sales with a Market Capitalization of $139mn.