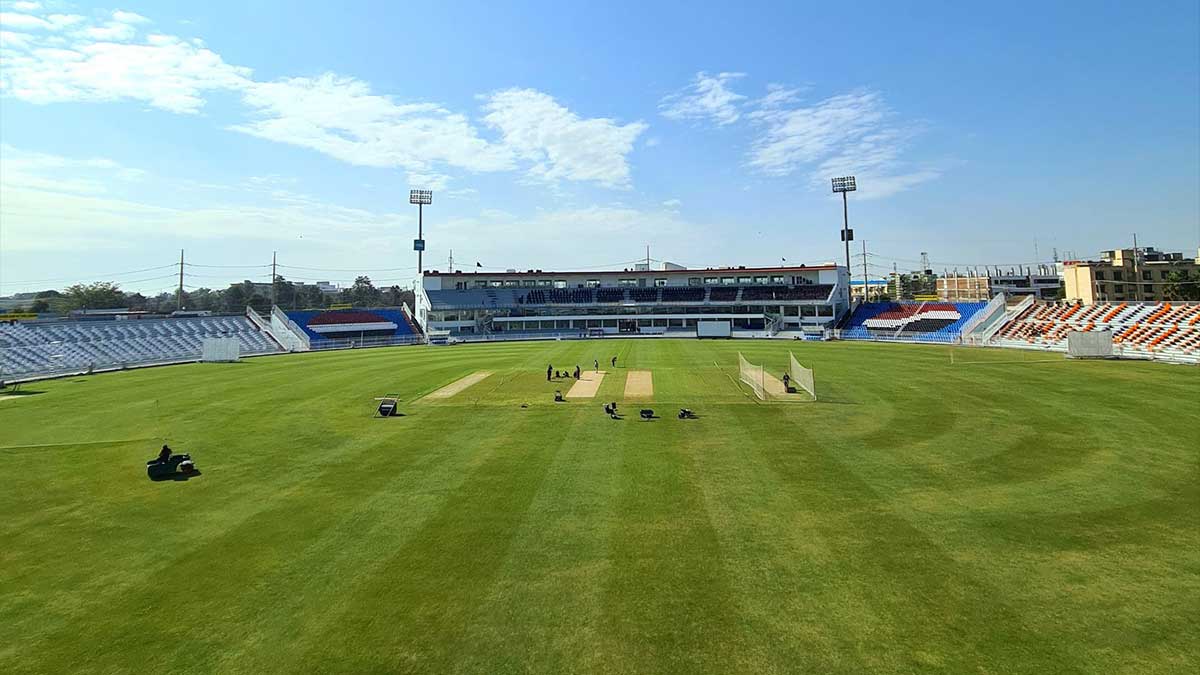 The National Command and Operation Centre (NCOC) on Tuesday decided to allow 100% stadium capacity for the month-long Pakistan-Australia cricket series, starting from March 4.

“The Pakistan Cricket Board (PCB) is allowed to conduct Pakistan vs Australia cricket matches scheduled from March 4 to April 5, 2022 at 100% of the stadium capacity,” the NCOC said in a statement issued today.

The matches in Rawalpindi are scheduled for March 4 to 8, while those in Karachi and Lahore will be held from March 12 to 16 and March 21 to 25, respectively.

The PCB has been directed to ensure that only fully vaccinated spectators of 12 years and above age group are allowed to attend the matches. But there is no such requirement for children below 12 years.

According to reports, the security protocols for the historic series have been finalized, and military forces will be stationed alongside police forces.

“All commercial malls and marketplaces next to Pindi Cricket Stadium will remain closed during the first Test match beginning March 04,” sources stated, adding that cell service will be blocked in some regions during the teams’ travel.

“In Rawalpindi, more than 4,000 police officers will be mobilized for protection.”

The Pakistan Cricket Board is going all out to ensure the series a success, as the Australians are visiting the country for the first time in over 24 years, and the tour is also crucial for the entire revival of international cricket in Pakistan.

Meanwhile, PCB announced on Friday the ticket prices for the three-match Test series against Australia, which will be held in Rawalpindi (4-8 March), Karachi (12-16 March), and Lahore (12-16 March) (21-25 March).

Only two enclosure classifications are available for the Rawalpindi Test, according to the PCB.

There will be four enclosure categories in Karachi and Lahore, the ticket prices are as follows:

At the point of entering, all ticket holders will be required to show their COVID-19 immunization certificates as well as their CNIC.

The PCB has distributed half of the tickets in the first phase, with the remaining tickets to be released after the National Command and Operation Centre provides additional guidance (NCOC).