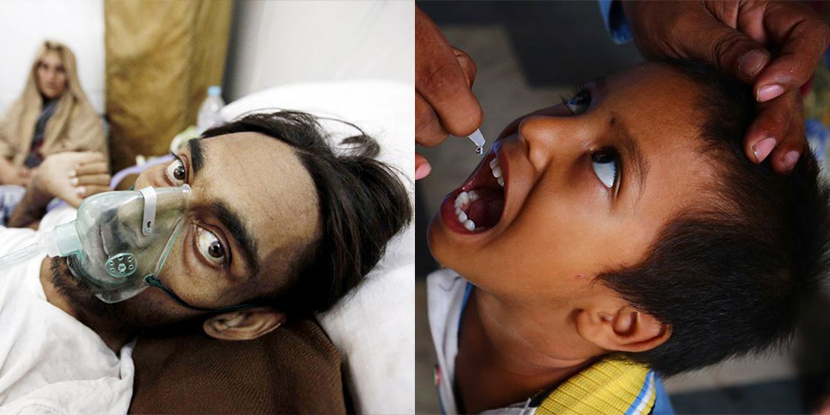 The sectors of health and education which are two of the basic necessities of human beings are either neglected or given no priority in underdeveloped or poor countries. Southeast Asia is now the emerging region in the world as far as economic development is concerned. Pakistan is also stepping forward. Pakistan should have progressed already but due to political, social and economic instability, the progress was not sustainable and every few years of prosperity were followed by a few years of turmoil. The most impacted region due to it was the healthcare system of the country. We could not become modern in medical sciences and due to poverty and negligence, we failed to eradicate prevalent diseases like polio and tuberculosis completely from the country.

In Pakistan, each democratic government and dictatorship tried to implement their model of healthcare but they were not carried forward along the way when the other kind of government took control. In lumpsum, each government failed to provide even the basic necessities of life to its people.

Clean water and substandard food are the major issues that directly or indirectly impact the health of Pakistanis. The polluted environment and general attitude of the people are also among other causes. People of Pakistan are not friendly to each other and they have different kinds of biases. The tense environment prevails usually at homes and in the workplace. This thing creates disharmony in society which ultimately causes the deterioration of physical and mental health. Cancer, kidney failure, high blood pressure, and sugar are the diseases that have been dominating in society for the last couple of decades.

Tuberculosis and Polio are the diseases that had been banished from Pakistan and from the rest of the world. But due to the negligence and failed state policies, these diseases keep on coming back, which is a real tragedy. The situation of the hospital under the public sector is worsening and the treatment in the private hospitals is very expansive. The poor patients are bound to bank upon the quacks. Quacks along with the unclean water, substandard food, unemployment and the aggravating social, political and economic condition of the country are causing not only the increase of different kinds of diseases but also fails to eradicate diseases like Polio and Tuberculosis, which the world have freed themselves from.

In solving the big task of streamlining the healthcare system of the country, first, the democratic system must be allowed to flourish without anyone hijacking it because democracy is the only solution for the resolution of the problems of the people and only road to socio-economic stability.

Then, the government of Pakistan must implement a uniform countrywide policy to improve the conditions of government and private hospitals. TB sanitariums may be opened in all the major cities. People at large should be educated that polio vaccination is a must for children. Local governments should be exhorted to create a clean environment. Regular spray to kill insects must be done regularly.