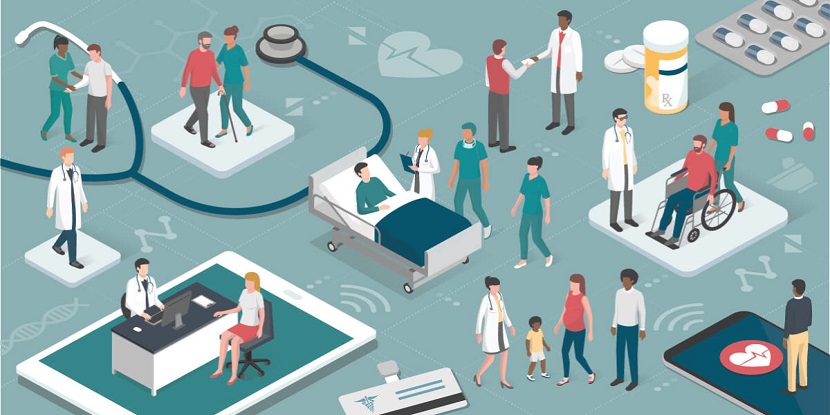 In Pakistan, certain departments are run by the government while the other economic activities are run by private sectors. The institutions which are working under public sectors do not perform satisfactorily whereas; the private sector organizations have focused on generating profits.

The major part of the economy is in the hands of private sectors and unfortunately, those departments which should focus on the welfare of the citizens have also been taken by the private sectors to a greater extent though, not to the extent of 100 percent.

Health is one of those attractive departments of the private sector as far as profit is concerned. Medical treatment is amongst the basic need that 100 percent of citizens of the country deserve without any discrimination. But in Pakistan, strange and tragic style in healthcare organization is continuing.

Unfortunately, the working of the bureaucracy of Pakistan is not appreciable. Therefore, as a result, the present condition of healthcare units in Pakistan is self-explanatory. Private investors are earning big profits from the health sectors. Very expensive hospitals and private clinics have been established equipped with the most modern instruments and medical and surgical specialists.

The facilities in the form of well-furnished rooms and most modern laboratories, etc. are available there and these medical health units are affordable by only the rich. In government hospitals although, expensive equipment does exist, but experts to handle the equipment are not available.

Most of the time, the medical equipment lying in public healthcare units are out of order. As such the majority of Pakistanis who are poor are deprived of the proper medical treatment. There is another problem that government hospitals are usually short of the staff including doctors and paramedics. The government doesn’t have funds to fill the gap.

Pakistan is the country where the amount of donations is most remarkable. It is reported that billions of rupees are spent in charity, in Pakistan per year and these donations are used by the NGOs. It will be highly advisable that charitable funds are diverted to the government hospitals, which may further be used in employing the doctors and paramedic staff so that the poor may avail medical facilities equally.