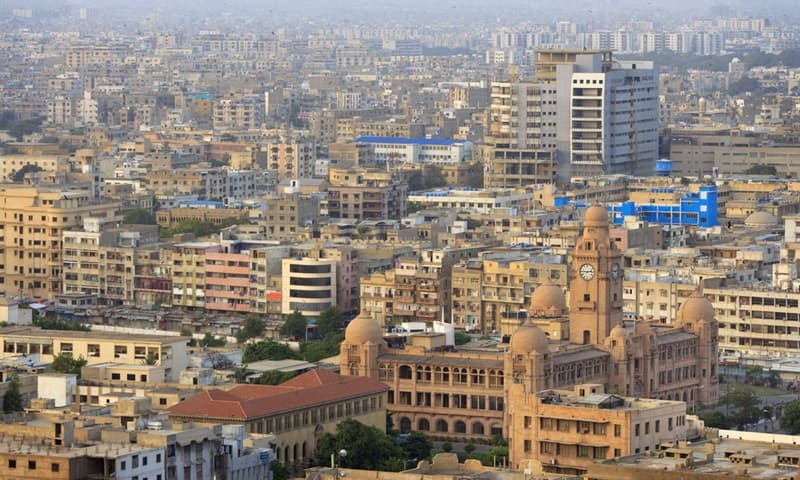 Urbanization is a centuries-old age process that has been happening at a varying pace with a few cities around 400 BC supporting a large rural population. From Indus valley through the Mughal era and to British rule, Indian subcontinent experienced several stages of its urbanization process. Asia is the foremost example of urbanization in which Pakistan is urbanizing at a 3% annual rate which is the fastest in South Asia.

Urbanization is a worldwide phenomenon with different countries experiencing various rates and patterns of rural-urban migration. The phenomenon can also be seen as from the human history of forming civilizations.

Urbanization is a process whereby populations move from rural to urban areas due to many reasons. Every nation, every city, every individual is somehow involved in this process. Before mid-century, urban development was mostly restricted to developed countries but has spread to developing countries since. Now almost all the developing countries in the world are experiencing an accelerated process of urbanization. World’s urban population increased fourfold during 1950-2003 while the rural population increased less than double.

With a rapidly growing urban population, Pakistanis are flocking to cities faster than any other country in South Asia. Resultantly, a fifth of all Pakistanis now lives in just 10 cities.

According to the 2017 Population Census, 36.4 percent of the population lives in urban areas. In 1998, this figure stood at 32.5 percent. Other estimates, based on a modified definition of urban settlements, suggest that the ratio of urban to rural population could be 40.5 percent and even higher. The United Nations Population Division report on Urbanization in Pakistan estimates that, by 2025, nearly half the country’s population will be living in cities.

Urbanization is generally considered to be closely related to economic growth, particularly in developed countries where they have often occurred in tandem. Globally, it is estimated that cities generate more than 80 percent of the global Gross Domestic Product (GDP). The more urbanized areas indicate higher per capita income and more employment opportunities. Cities are also hubs of innovation and entrepreneurship. Urbanization has positive impacts on technological innovation and economic progress.

For considering the case of Urbanization in Pakistan, one needs to understand the economic disparity within the country. Cities in Pakistan generate 55 percent of the GDP. Moreover, Pakistan generates 95 percent of its federal tax revenue from 10 major cities. Karachi alone generates 12-15 percent of Pakistan’s GDP and contributes 55 percent of the federal tax revenue of the country. 7 out of 10 major cities in Pakistan have larger per-capita incomes than the average. Poverty in cities is generally lower (i.e. urban multi-dimensional poverty is one-sixth of that of rural areas).

However, recent research suggests that the relationship between urbanization and growth is not automatic. Urbanization in many developing countries has occurred without growth, jobs and productivity. The benefits of urbanization can only be accrued by sound public policies. Unplanned and unmanaged urbanization has rather resulted in urban slums, environmental degradation, poverty, and inequality. Pakistan too is confronted with a host of urban challenges.

And if urbanization is done with uniform and catered policy, it can be transformative for Pakistan. International experience has shown that eﬀective cities can become economic hubs and globally competitive drivers of growth. However, if misgoverned, unplanned cities can propel countries into discontent and further economic and political instability.