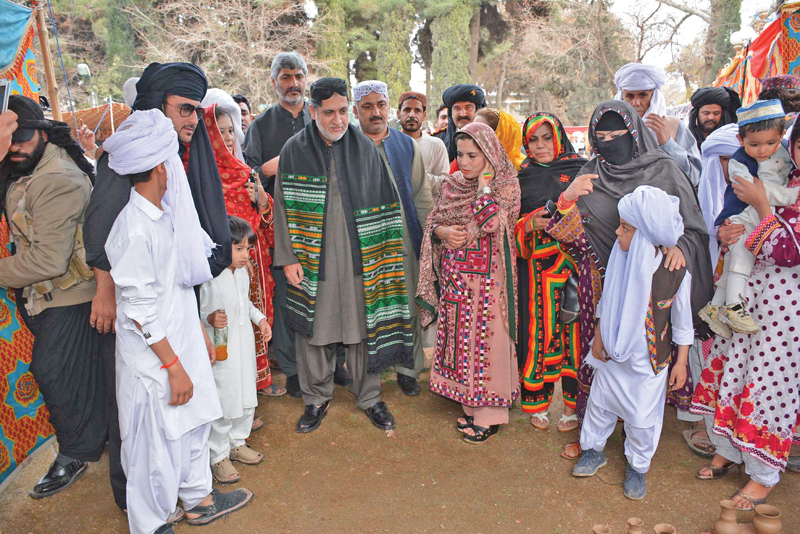 Regarded as one of the oldest civilisations in the world, the Baloch culture is diverse and amongst the most beautiful and strongest cultures in the world.

Baloch people are basically Iranian people who live in the Balochistan region of the Southeastern edge of the Iranian plateau in Iran, Afghanistan, and Pakistan and also have diaspora. Its culture is full of arts, crafts, and traditions but its land is barren, mountainous, and deserted.

Balochistan is famous for its embroidery, art and crafts that are mostly done by females of the region. Their festivals and tribes are highly popular in the country. Moreover, storytelling is a highly famous tradition here and storytellers and poets are highly respected in this culture.

Baloch are tribal people and they speak the Baloch language and their language is among one of the most ancient languages. Every language has roots; such as this, the Balochi language has also its roots from the back Iranian branch of Indo-European family.

The people of this region prefer to marry at a very younger age that is fixed in their very childhood just after their birth. In Baloch people, love marriages are never accepted here and a very low ratio of love marriages is found that is not appreciated across their culture in all tribes. They fix marriages within their tribes.

Divorce is considered the most sinister act and this why very fewer cases of divorce are found in this region. They take divorce as a matter of self-respect and the respect of their family and honor of the tribe.

Several types of rituals are celebrated in different tribes, one of the tradition is “Velver” that is a sum of money paid to the bride by the groom’s family.

Their regional dress is shalwar kameez and Balochi men wear Turban along with loose “shalwar” with knee-long shirt whereas, females wear dresses that consist of a big pocket on shirt, embroidery, and embedded round mirror work in front also, females wear a big dupatta or chaddar to cover their head and shoulders.

Balochi people celebrate their social as well as religious festivals with utmost zeal. Baloch culture contains many social festivals like Sibi festival where they do dances, cattle shows, handicrafts stall are displayed and many other activities are done.

These people do not take meals three times a day but they do breakfast and then take a meal in the evening, their men and women eat separately. They eat millet, wheat, and rice, and also meat. Meat is an important dish that they make “Sajji” out of it. It is the most eaten dish in this region. Balochi people prefer to eat a meal by hand.