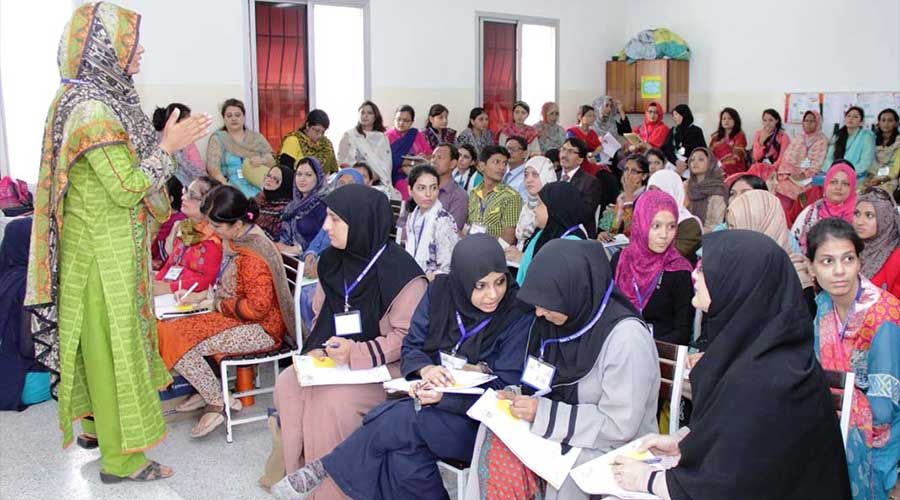 Just after the establishment of Pakistan in 1947, the first and foremost job the government considered to start and complete was the infrastructure like means of communication, transport system, etc. Moreover, the economic outlook of the country was not so great as all the main economic hubs went to India except Karachi. Coupling the situation with adverse political instability to the quick death of Quaid-e-Azam within the first year of Pakistan only added to the problems the country was facing. The government was in trouble, therefore, importance to education was not devoted which led to a lower standard of education and untrained and non-professionals teachers occupying the education sector.

Due to rivalry with India, the major part of the budget was reserved for defense and debt servicing. The history of the developed countries shows that a country truly uplifts when an adequate amount is spent on human resources and those two primary sectors are education and health. For example; A study on Russia tells that Russia spent a rightful amount to educate its youth and later that youth was able to earn many times higher than what was spent earlier on them.

In Pakistan, the maximum of 3 percent of the GDP was spent on education and that too on just a few instances, normally it is less than 3 percent. This is nothing but the real misery. It is claimed that the literacy rate in the country is around 65 percent. But in a real sense, the literacy rate is less than 40 percent. Those who are educated are just degree holders as they have not been taught in the way which was supposed to.

In the past, there was no such condition for teachers. Therefore, the result of the education, imparted by the untrained teachers is before everyone.

Moreover, as education has also been left at the mercy of private investors. Investor’s motive is always to earn the profit. A visit to private schools and colleges will tell the tragic story of education in Pakistan. Highly educated people are appointed on just bare minimum salaries.

Opportunities for employment in the country are decreasing instead of increasing therefore the well-qualified youngsters are compelled to be the part of the faculty of private education institutions. One can expect the level of education, the low paid, frustrated teachers yield. This is a story of urban areas.

In towns and rural areas, education is being exploited more. In small houses, schools and colleges have been opened there and less qualified people are appointed on low salaries that are expected to teach the higher classes.

The quota system enshrined in the politics of the country is also keeping the standard of education at bay. Governments pass the quota system to appoint low caliber people into government departments and their incompetence leads to the falling standards.

The present government should give top priority to the education sector. The education level from primary schools of rural areas to university education at a national level should be addressed properly. Untrained and non-professional teachers in the education sector should be replaced with qualified individuals at the earliest to uplift the standard of education in country.