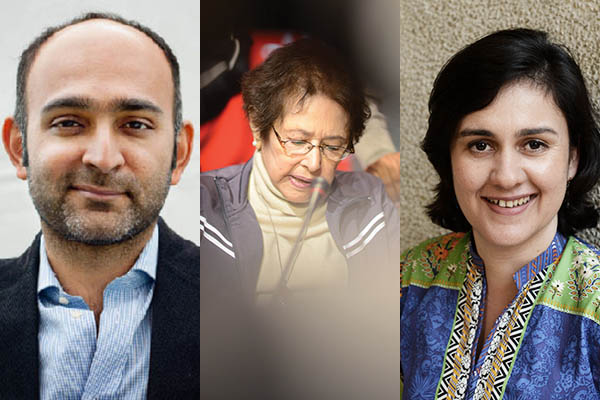 Bapsi Sidhwa is one of the renowned Pakistani American novelists of Gujarati Parsi descent who did much work in the English language. She was born on 11th august 1936 and the resident of the US. Moreover, she had been working collaboratively with Indo-Canadian filmmaker Deppa Metha. She wrote “Ice Candy Man” in 1991 and “Water’ in 2006. The novel “Water” was also filmed. There is a documentary being produced on her life Bapsi: Silence of my life” that is expected to be released in 2021.

Mohsin Hamid is the most liked British Pakistani novelist. He has been a writer and a brand consultant, born on 23rd July 1971. He is of high fame among youth. His novels are specially taught at the college and university level. His novel “The Reluctant Fundamentalist” 2007 was filmed. His other novels are Moth Smoke 2000, “how to get filthy rich in rising Asia” 2013, and “Exit West” 2017.

Nadeem Aslam was born on 11th July 1966. He is a member of the Royal Society of Literature and is the prize-winning British Pakistani Novelist. His first novel that underlined was “Season of the Rainbirds” for which he won an “Author’s club First novel” and “Betty Trask” award. His other novel highly acclaimed was “maps for lost lovers” which won “Kiriyama prize” and “Encore award”. Also, this novel was shortlisted for International Dublin Literary Award”. Apart from among the Pakistani top English novelists, his another achievement as described by Colm Toibin, the most interesting and serious British novelist these days

Muhammad Hanif is a British Pakistani writer, born in 1964. He is also writes opinion piece for The New York Times. He is well known for his novel that was critically acclaimed “A Case of Exploding Mangoes”. His this book was shortlisted by the “Guardian First Book award”, then also long-listed for the “Book Prize” and won the “Commonwealth prize for Best Book”. He wrote another novel name “Our Lady of Alice Bhatti” that won the “Wellcome Book Prize”. He has been working as the correspondent for the BBC News in Karachi. Also, he has been the writer of drama and the feature film “the long night”. His work is much praised and much of his work was published by “The New York Times”, “The New Yorker”, “The Telegraph”, and “The Washington Post”.

He was born in 1963 in the USA. He is the Pakistani-American author. He is a highly popular and praised writer. His short stories are “In Other Rooms” and “Other Wonders”. These two stories were highly appreciated that they were translated into sixteen languages. He won Commonwealth Writer’s Prize”.