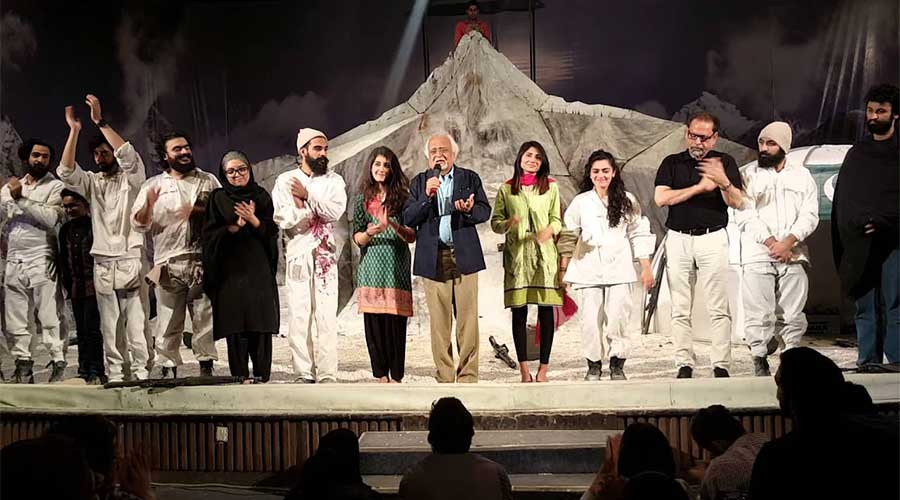 Two different types of theatre had occurred in Pakistan; first, the British adaptations presented in art councils; and second, comedy or juggat based popular drama of masses.

Theatre of Pakistan was influenced by the ritual and traditional Persian theatre and also had a strong impression from the classical Indian dance practices of the Mughal Empire. Theatre was never given importance in the past due to its perceived unIslamic nature. The country never condoned the production and theatrical performances for religious reasons; this is the major factor that became the reason behind no development and no flourishing in performing art.

In the establishment of Delhi Sultanate, the theatre started in the 10th and 11th centuries which was highly discouraged and was completely forbidden. When it was introduced again in India sub-continent and other Middle Eastern Neighbors, the performing arts were not condoned. Rather, popular performances of comic dialogues which specifically objectified the female body were highly criticized and banned to some extent.

Then after an attempt to re-assert indigenous ideas and values, village theatre was introduced in South Asia. Village theatre or juggat based theatre was developed in a large number of regional languages from the 15th to 19th centuries. The theatre history of this period corresponded with and often mirrored the political developments in the country. These theatres performed repertoires that were the depiction of extremism and it also challenged extremism as well as the depiction of gender, nationalism, and religion.

Moreover, modern theatre or stage drama in Pakistan that was once emerged in 1853 is connected with the Urdu-language theatre. The Urdu theatre was developed in the colonial rule that was under the British Empire from the mid-19th century to the mid 20th century. For example, the performance plays of “Inder Sabha” was written by Agha Hasan Amanat in the court of the last “Nawab of Oudh” by Wajid Ali Shah in 1855 was considered the most regarded at the beginning of Urdu theatre.

Now in the 21st century, theatre is the way to entertainment for people of Pakistan. Many renowned and high humor minded writers contribute to theatre writings. Not only in the Urdu language but the Punjabi language is highly promoted in theatres.

One of the most renowned stage performer Umer Shareef during the last 1980s has topped all his predecessors. He did many stage comedy shows like, “bakra qiston pe”, “Buddha ghar pr hai” etc, he became famous after these two mentioned stage shows. Then Moin Akhtar (late) in collaboration with Anwar Maqsood also had a great contribution to Pakistani theatres.

Theatre has now expanded throughout the country and is done in all local languages. Many theatre artists show their talents and their talent becomes the major reason behind its propagation.