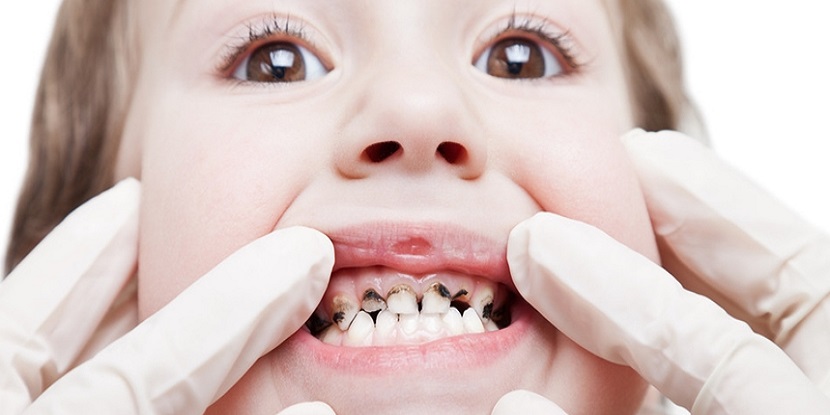 Humans are blessed with 16 pairs of teeth. Anatomically a tooth has two parts; the visible part in the mouth is called a crown which is covered with enamel and the other part is the root which is embedded in the jaw, it anchors the tooth in the mouth so that they remain fixed.

The enamel is the outermost layer of the tooth and the hardest substance in the body. It covers the inner layers of the tooth that include dentine, pulp, and cementum. Dentine is the bulk of the tooth. It is a bit soft as compared to enamel and becomes sensitive if the enamel is damaged.

The pulp is a soft tissue that extends from the crown to the tip of the root. It contains blood and nerve supplies to the tooth. Cementum is a bone-like tissue that covers the root; however, it is not as hard as enamel.

Tooth decay is basically when the enamel becomes soft due to acids that are formed in the mouth due to the breakdown of sugar by dental plaque. Dental plaque is a type of bacteria that forms a layer on the surface of teeth. It is colorless in the beginning, but as the deposits increase it becomes brown or yellow.

It occurs when food particles remain trapped between the teeth and do not get removed through brushing. Bacteria forms on these food particles that start to eat the tooth over time. As a result, holes are created in the enamel which is called a cavity. So, the cavity is a tooth decay that forms over time. If these cavities are not treated on time, they can destroy the whole tooth.

The causes of tooth decay include consuming foods rich in sugar like sweets, beverages, etc. The more the sugar consumption, the higher is the tooth decaying because sugar forms an acid which results in decay. Sugar combines with dental plaque and causes the tooth to decay.

Some food items that do not have sugar content also result in the dental cavity because those particles cling to the teeth and promote decay. Another reason for cavity can be eaten frequently because in that case, the acids present in the food has more time to damage the teeth.

Tooth decay and cavities can be prevented by following certain steps that can help in the strengthening of teeth. Eating healthy food and avoiding sugary food and beverages and lessen the sugar deposits in the tooth and stop bacteria from growing.

Another step that can be taken to prevent tooth decay is to use toothpaste that contains fluoride. Fluoride helps in slowing down the tooth decay and helps in rebuilding the damaged areas by flowing to those areas and getting deposits into the holes.

In this way, it prevents the holes from becoming cavities. Another effective way to prevent tooth decay is to use dental floss daily so that any food particles that may be trapped in the teeth where the toothbrush can’t reach can be removed before they start to damage the teeth.

Worn-out toothbrushes are unable to remove the plaque from the teeth properly. So, tooth decay can also be prevented by using a new toothbrush as soon as the old one wears out.

Last but not the least; tooth decay can also be prevented by using sealants on the pits and grooves in the teeth. The sealant hardens to form a layer that protects the teeth from acid and plaque.