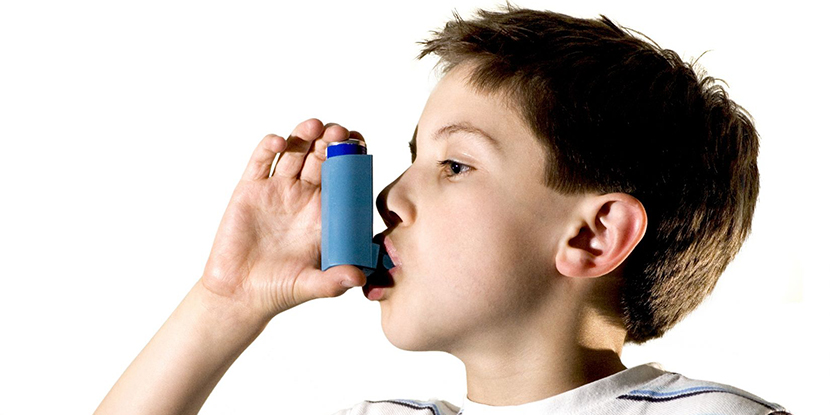 Asthma is the most common respiratory condition in children worldwide and with asthma treatment, asthma can be controlled and cured by medication.

An asthmatic child needs to participate in normal physical activities that have less effort. In simple words, a child if once, get an asthma attack then he\she should not suffer from asthma again more than once in a week. Asthmatic children should not participate in sports or any physical activity. Asthma is well treated through medicines but every patients’ asthma is different that changes with time.

Doctors treat and recommend medicines according to the child’s severity and frequency of symptoms in accordance with age. Those children who get asthma occasionally get short medication course that treats them well while children who often get the asthma problem are recommended long course according to the severity and frequency of symptoms. A child specialist may recommend several medicines at the start but then those several medicines become few. The doctor does this in order to control asthma at a very initial stage.

At the most initial stage, parents are asked questions regarding their child’s asthma after observing asthma symptoms. Parents would be asked questions like “Does anybody in the family have asthma problems?” “How often your child get such symptoms?” “Has your child faced the emergency need for breathing problems?” “Does your child have any allergy from pollen dust etc?” “Does your child wake up at night due to shortness of breath and too much cough?” “For how long does your child had the breathing problem?” And after all this discussion, they would be asked to conduct their child’s blood test, allergy test, and chest X-Ray test. These three tests decide whether the child is asthmatic or not.

When a child is diagnosed to be asthmatic then special treatment is given to him. Try to treat your child with daily medication to prevent asthma attacks and also maintain normal physical activities. Children are treated gradually stepwise to manage with the minimum number of asthma attacks which requires short-term treatment.

On the other hand, long-term medication is also there that plays a role to treat severe cases. Inhaled corticosteroids are commonly used for the treatment of long term asthma. Control drugs like Leukotriene modifiers are then later used if corticosteroid treatment does not work properly and the child does not get stable. This drug is chewable for the age of 2-6 years. Another long term treatment is the inhaling of drug Long-acting beta agonist that is added into inhaler which has even more good effects. Short term medication is based on a few medicines that cure the child quickly within a few weeks.

During or after the asthma treatment, parents should keep a record of each minute of their child. “Did the child had a breathing problem again and how many times?” “What does he do which makes him asthmatic?” These questions are asked to check the result of the treatment and to recommend some other treatment to make the child well.