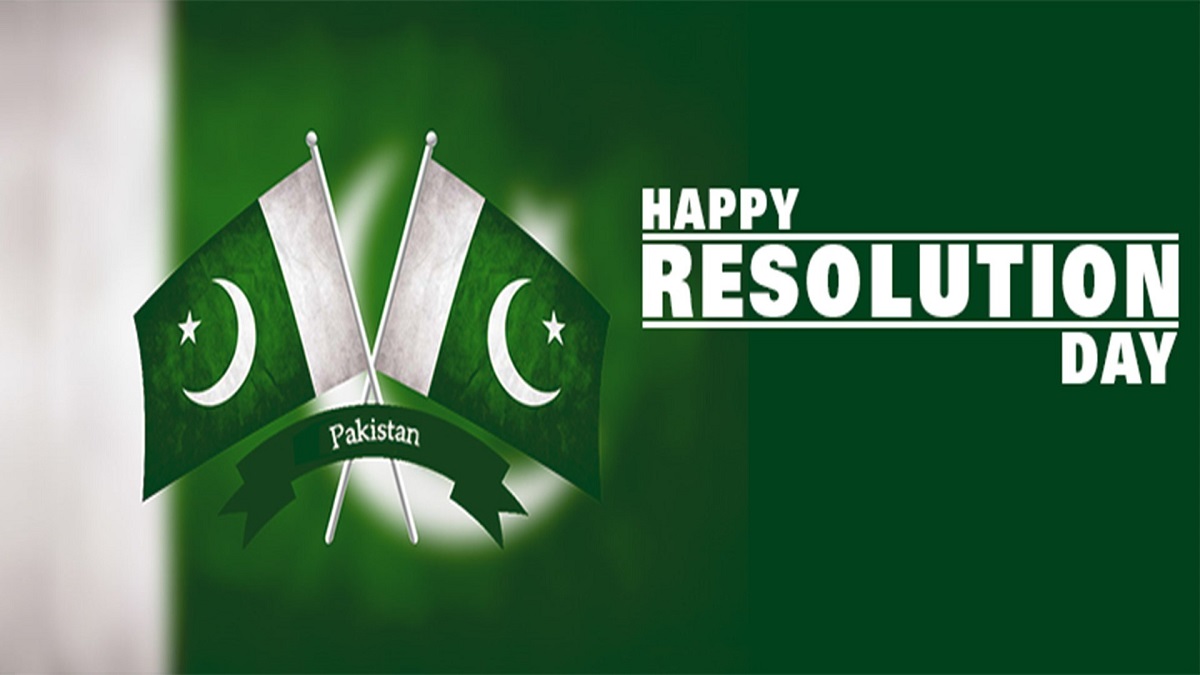 Today is the Pakistan Resolution Day. The Resolution which was presented at Minto Park in Lahore on March 23, 1940 says, “No constitutional plan would be workable or acceptable to the Muslims unless geographical contiguous units are demarcated into regions which should be so constituted with such territorial readjustments as may be necessary. That the areas in which the Muslims are numerically in majority as in the North-Western and Eastern zones of India should be grouped to constitute independent states in which the constituent’s units shall be autonomous and sovereign.”

Just after seven years of Pakistan resolution, the Muslims of the sub-continent’s dream came true. Pakistan, the first ideological state came into being. It was a great success. The long struggle which was undertaken under the marvelous leadership of Quad-I-Azam, Muhammad Ali Jinnah embraced with the goal. The people of the newly established Muslim State, Pakistan were happy, everything was good. Looking at the last two words of the resolution as mentioned above, we understand that in Pakistan, our living will be “autonomous and sovereign”.

Today, after 73 years of the inception of the motherland, news published in the national newspapers tells us that hike in prices of the commodities in Pakistan is more than the 161 countries of the world. It has been reported in the newspapers, that gas companies are planning to increase their rate to the extent of 97%. International financial institutions like IMF dictate us and it seems that our foreign policy is also under pressure.

We all should seriously look at the severe condition of our motherland which was achieved after losing the lives of millions of people. This is not the hidden fact that all those countries which are called developed or even developing have a democratic system of government, which shows that democracy is the only solution to the problems of any country. By democracy, it is understood that the ‘government of the people, a government by the people and government for the people.’

In Pakistan, democracy has been captured by the feudal lords and capitalists and as such, there is no real representation of common Pakistanis in the constitutional assemblies. The problems of the people of the country have been increasing with the passage of time. Nobody can deny that low incomes, unavailability of the appropriate health system, unaffordable education system, and poor system of justice are some of the factors which are irritating the people of Pakistan for a long period of time. Feelings of insecurity concerning lives and property are hovering over the minds of all Pakistanis.

Today, there is a democratic government, but the general condition of common Pakistanis is vulnerable to a number of hazards. Poverty, substandard food, increasing rate of different kinds of diseases like cancer, kidney failure, sugar, etc. are getting on the nerves of the nation.

Today is again March 23. It is never too late, let us move forward and decide that we will try our best to struggle for the betterment of the country and this struggle should start from our own personality. We should make a commitment to ourselves to be away from all social, political, and economic corruption. If one Pakistani start moving in the right direction, then there could be a queue of millions.