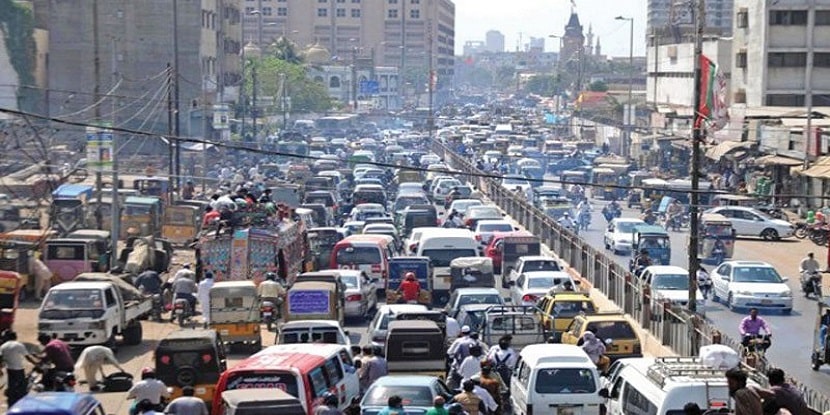 Pakistan’s GDP is the lowest in South East Asia. Pakistan was established in1947 and since then, it could not stand on a strong economic footing. We could not construct the infrastructure needed for economic development. Pakistan made several 5-year plans out of which only the second plan which was made in the 60s could meat success.

The economy of Pakistan is based upon agriculture and its main crops are rice-wheat cotton and sugar cane. No doubt, on the basis of sugar cane and cotton, the sugar industry and cotton and textile industry did grow remarkably. But the most important thing which is needed for rapid economic development is the infrastructure as mentioned above.

Transportation is one of the important means of economic growth. Unfortunately, being an underdeveloped and agricultural country Pakistan could not even dream to establish the motor vehicle industry. Therefore, 100% of vehicles required for transportation and good transportation were to be imported from different countries. That is why Pakistan has always been facing the shortage of transportation of both types.

Other than above mentioned four main crops Pakistan also has the land for the growth of vegetables and fruits in abundance.

The main problem the farmer has always been facing is the means to the crops from farm to markets as there are limited vehicles available in the rural areas especially, the charges of bringing the crops from farm to market have always been very high which ultimately caused the hike in the price of the crop. Moreover, the fuel has also been expensive in Pakistan, it also adds the increase in the price of the crops.

Other than good transportation, mass transportation faculty was also not much appreciable in the motherland. It is only in the recent year after the construction of motorways, comfortable buses have been imported by the private sector and as a result conveyance in the long journey could become possible. Otherwise, a long journey was a nightmare in the past, for example, to reach Faisalabad from Rawalpindi, one was bound to reach Sheikhupura via Lahore and then Faisalabad. The total time, which was used to be consumed, was around 10 hours. Adding insult to injury, the condition of buses was also very poor.

Today, the journey to Faisalabad form Rawalpindi involves only 4 hours and that too in quite a comfortable manner, so it can be that mass transportation by road has become easier in Pakistan. As far as good transportation is concerned, a lot of steps should be taken in this direction.

National logistic sell (NLC) which is a public sector good transport company is doing a great job. It is a functionary in all the major cities of Pakistan. But the question of bringing the vegetables and fruits from the small villages to the main markets still need the resolution.

It is required that government should give subsidies to the local transporters so that small vehicles like Shehzor, Suzuki, and tractor trolley could be easily available at the doorstep of small farmers so that the problem of taking the crops from villages to main markets could be resolved especially in the interest of small farmers.