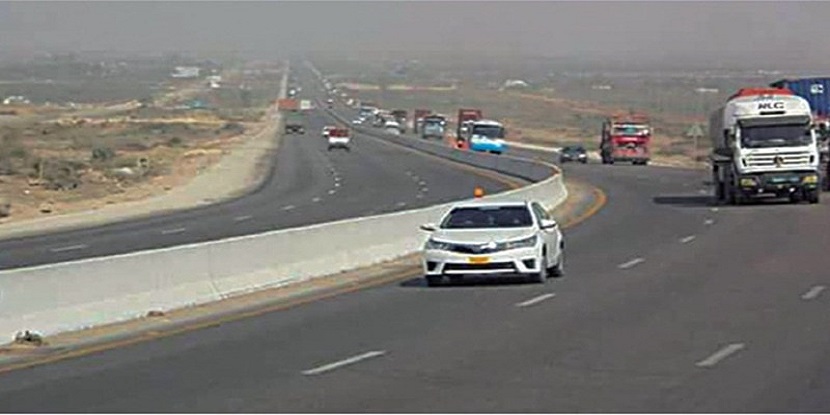 Roads are one of the most important infrastructures which are required for the development of any country. Roads conditions in Pakistan had never been satisfactory since its inception. There are many reasons for it. One, the most important reason is corruption. The contractors used to construct the roads in collaboration with the corrupt government officials and as a result, material, used in the road construction and other modes of construction has always been sub-standard.

It was likely that the system of the road could become be aggravated but the government of Pakistan established two important institution’s departments, National Highway Authority and Frontier Work Organizations. After the inauguration of these two important departments, roads conditions in Pakistan improved.

The motorway is the miracle of emerging road technology in Pakistan. The first motorway was established from Islamabad to Lahore and now it has links to all the major cities from Peshawar to Karachi including Sawat.

National Highway Authority introduced a world level concept of carrying the specific weights for different vehicles, for instance; Mazda, Shehzor could carry the weight not more than 4 tons, the small truck is allowed to take the weight of 8 tons and bigger can take the weight of 20 tons and so on. The step was taken to save the roads.

Moreover, National Highway Authority and FWO have constructed some roads which were in the past just a dream to undertake. For example, in collaboration with the Chinese government “Shara e Resham” has been constructed which starts from Hassan Abdal to Chinese borders and this road is considered to be 8th wonders of the world.

The government of Pakistan also focused on the up-gradation of GT road. This road has not only been widened rather it’s quality has also been improved to a greater extent. Another facility which has been provided is the bypasses in almost all the major cities. Bypasses are the roads that move away from the crowded part of the city.

Working in collaboration with Chinese governments and some of their international construction, Pakistan enabled itself to construct the strong roads of the international level. Another step is the construction of the roads between small cities in all the provinces. These link roads are also of a good standard.

It is fact that road lights are not available on the highways, but to save the travelers at night, especially from any kind of mishap, small police posts have been established on the link roads in small cities.

It will be advisable if the technology of the USA and European countries may be used further to better the conditions of the roads.