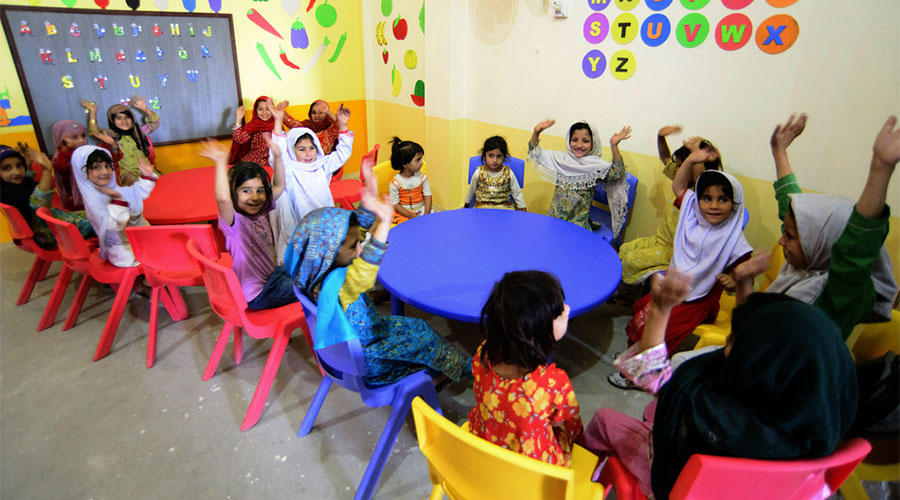 Private sector education has become business as usual and they are now known as a good way of earning for the exorbitant fees they charge.

Pakistan’s private education system is in decline and they are no more producing great scholars and manpower of the future. The only purpose they are established is to compete with other schools and colleges in terms of fees with no heed paid to maintain the standard of education.

Undoubtedly, the students who complete their school and college education from private sector along with public sector are considered literate and that helps in increasing the literacy rate but the literacy rate is not enough if there is a poor standard of education, no competition, lack of moral values and no skillful knowledge and training are acquired.

Whereas, private schools or colleges are a lucrative business and therefore every street has private schools made from small houses. These houses are so small that there is no room for mental and physical development.

Private sectors of education charge illicitly high fees and unfortunately, people of Pakistan are made to believe that whichever institute charges a high sum of money, they are considered best for their children. Most such schools and colleges have poor infrastructure, they have ridiculously less teacher to student ratio and a large number of students are accommodated in small spaces. Students find no space to play on grounds because most of these schools lack grounds.

Moreover, the biggest issue that has been observed in some of the schools is the untrained staff. Private sectors mostly pay less salary to their staff and make them work more but most of the staff are untrained or sometimes less educated.

The government has announced the system of hiring staff on the basis of a B.Ed and M.Ed degree or no teacher will be allowed to become a teacher in the government sector. This rule was made to provide students trained and well-educated teachers so that they can be taught properly.

Issues with the Private Sector Education

Only rich kids can afford such schools. They are taught to be different from other children of public schools and colleges. They are made to look down upon students from public schools. They are taught to be proud of being a rich child. As a result, the mental, behavioral and psychological gap between the students of private and government is palpable and just needs a little observing eye to find out whether a kid is in a private school or a government school. This discrimination has directly or indirectly led to social class differences.

Even big companies give preference to students from private schools. These students are known for their fluent and outstanding communication skills, their speaking, writing skills and their confidence is in clear contrast with public school students.

Now is the need to step up and raise voice against the clear problems with both public sector education and private sector education. The only viable solution in fixing both is to remove the differences from both and try to make a singular national educational system. This will help in bridging the class differences, settle the fee issue, make more opportunities for teachers, ensure quality education and, finally third rate small street schools will seize to exist.