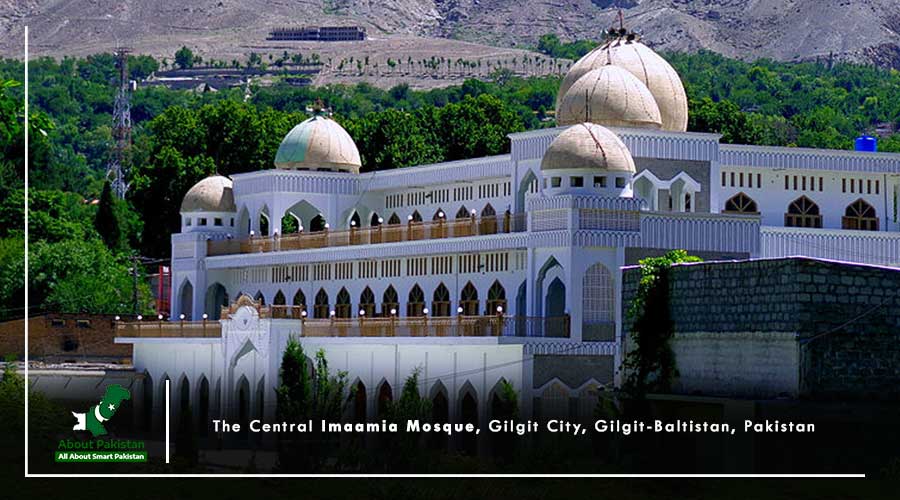 Gilgit city is strategically located in the most quintessential region in the Karakorum and served as the trade center of the region for centuries, first as the most important stop on the ancient Silk Road and now the main junction along the Karakoram Highway.

It is the capital town of the Gilgit District and administrative center of province of Gilgit-Baltistan. The city lies at a distance of 515 km from Islamabad and is served by Gilgit Airport.

Gilgit is a major tourist destination in the world that is near the confluence of the Gilgit River and Hunza River and serves as a hub for mountaineering expeditions in the Karakoram Range. The district is known for some of the famous tourist destinations like Gilgit River which is a tributary of the Indus River, Gilgit Valley, Junction point, Bagrot Valley, Danyore, Kargah Valley, Singal, Oshikhandass, Naltar Valley, Naltar Peak, Sai Nala, Nomal Valley, Hatoon, Central Imamia Mosque, Monument of Taj Mughal and Distaghil Sar.

Gilgit city was once the Buddhist center and the archaeological site of Kargah Buddha is a testimony of the region’s Buddhist roots. It is 50 feet high carved image of a standing Budhha and dates back to the 7th century.

Now about 100% of the population of Gilgit is Muslim, with 70% being Twelver Shia Muslims, 12% being Ismaili Shia Muslims and 18% being Sunni Muslims.

Jaglot is a very fertile and the most strategically important town because all the six districts have access through Juglot. It is situated 45 km southeast of Gilgit on the Karakoram Highway. It contains the Junction of three mightiest mountain ranges, the Himalaya, Karakorum, and Hindukush.

Danyore is a city that lies across the Gilgit river which is known for its lush green pastures and the Danyore suspension bridge. Jutal village lies in Danyore through which the world’s highest paved road Karakoram Highway passes.