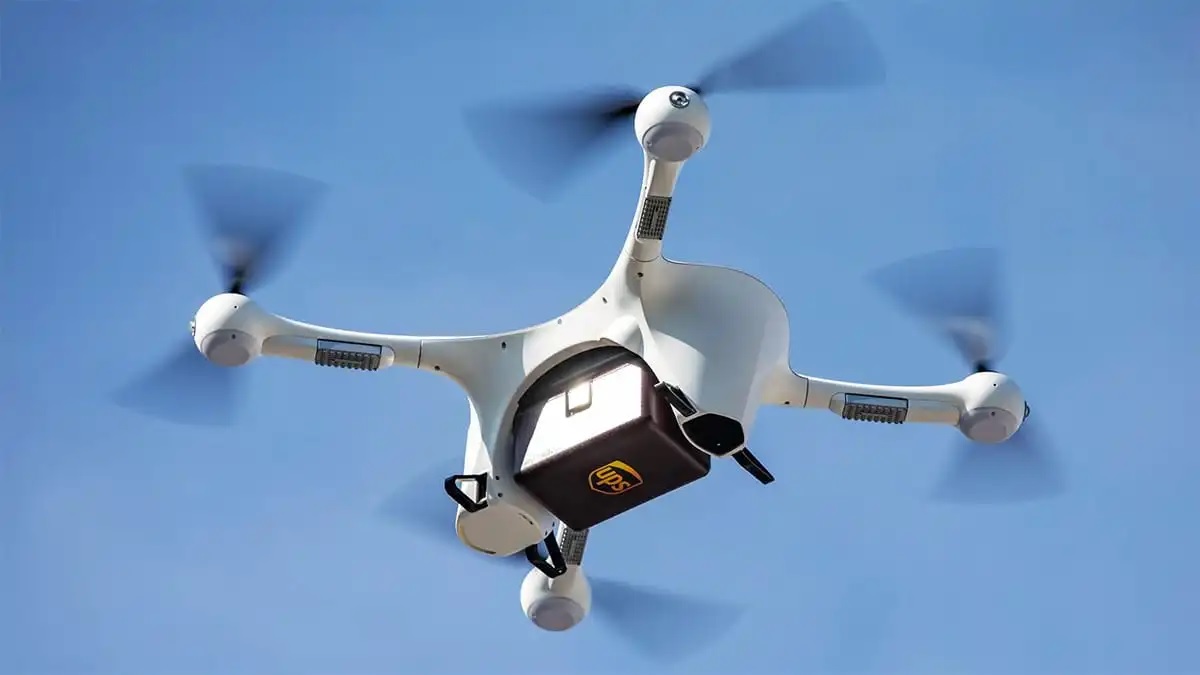 Over the past two decades, the world’s technology landscape has changed, perhaps most dramatically than ever in the history. Although the digital revolution didn’t start in the second half of the 20th century, it has developed and expanded exponentially. Once considered a novelty for the wealthy, electronic gadgets such as smart devices and digital cameras have now become an integral part of everyday life.

But while new-generation upgrades to these gadgets, smartphones, and laptops are making headlines, civilian unmanned aerial vehicles (UAVs), or drones, have undergone a quiet but dramatic evolution of their own. I’m here. These mini-flying his machines are now an integral part of construction kits in various industries around the world. Thanks to the Covid-19 pandemic, its immense benefits have become clearer than ever.

Drones, for the most part, have an infamous reputation in Pakistan. Even if low-cost commercial UAVs become readily available, the term “drone” invokes up images of armed military aircraft ready for precision strikes. Nevertheless, Pakistani universities and engineers are discreetly involved in efforts that could ignite the country’s drone revolution. The image of small civilian drones flying left, right, and center above us, delivering food, healthcare, and other vital services seems to be common in Silicon Valley for now. However, it may apply to Pakistan in the next few years as well.

Pakistan has the potential to become what is essentially the equivalent of the next generation automotive industry – the producer of drones. Drones have been used by many countries for everything from food delivery, air taxis, and life-saving drones, agricultural drones to mapping, wildlife conservation and reforestation of wildlife-affected areas.

Read More: How Many Countries Have Nuclear Weapons And How Many Are There?  – About Pakistan

In this regard, Pakistan has achieved another milestone in drone technology. The locally developed drone technology Buraq is equipped with missiles, which can successfully hit the target from a height of almost 15,000 feet. Pakistan being the first nuclear power of the Islamic world has now become self-sustainable and sufficient in defence technology, as it has developed armed drones with missile technology.

‘Burraq’ and ‘Shahpar’ drones are masterpieces of the capabilities of Pakistani scientists and engineers.

These drone technologies provide an enormous potential market for any nation that develops drones. Pakistan can be the next country on the list to export drones if the process is made smooth and subtle. In Pakistan, massive work is done with drone technology. There are many institutes and universities that are pushing their students to make new inventions with drones, and the students are doing wonders in this regard.

In this regard, Pakistan presented itself with a golden opportunity as the US efforts to ban imports of Chinese products for use in government services. This is a huge market available to Pakistan. The resulting void created by this ban will be filled by Pakistan. Pakistan has the best technology and the best spirit to make the best drones. Pakistani students and the drone industry have an opportunity to become one of the top exporters of drones to the United States and beyond.

Types of Drones in Pakistan:

There are several types of drones are manufactured in Pakistan for mapping, surveying, information analysis, inspection, surveillance, package and parcel delivery.

Recently, a food delivering drone is created in Pakistan by Bilal’s company Woot, which is being used for delivering food services in Pakistan.  The drone design is known as vertical take-off and landing (VTOL). It starts with the 4 motors, lifting it up into the air, when in the air these 4 motors turns off and the forward motor starts moving.

The technology was rolled out globally in his 2017, and within five years Pakistan was able to build its own technology, the first of its kind in the South Asia region. This was a huge achievement for Pakistan and step forward in the right direction. Drones of this kind are not the type to deliver to your doorstep. In fact, according to the Federal Aviation Administration (FAA), drones must be within a 400-foot radius of any human on the structure, so no drones need to reach windows or front doors.

If one talks about VTOL coverage, that quadcopter distribution is widespread worldwide. However, with less content as the continuous operation of the four motors consumes a lot of battery. With VTOL, the quadcopter rotates about 4 meters when it takes off to a certain height, so the total operation time is up to 45 minutes. , can move at 100 km/h.

This type of drone uses a middle-mile delivery system. VTOL flies from point A to point B. A driver comes to point A with the food and a drone goes to point B where another driver picks it up and is ready to deliver it to your doorstep.

Another type of drone widely used in Pakistan is surveillance drones. All of us are familiar with mapping. The manual process of mapping can take months, while the same process can be completed in a week. The surveillance drone of Pakistan is called ‘Survair’ which has broken the record of mapping 10,000 hectares of land in just four days and it is compared to Chinese drones and was almost three times faster and increased production immensely.

Another type of drone is one which is used in agriculture. The drone is equipped with a multi-sensor camera and can detect the state of plants simply by flying over them. They tell the farmers what they need on the land: spray, fertilizer, water. According to him, the design and machinery are all made in Pakistan, but 80% of the electronics are imported from China.

What are the Hurdles in Drone Technology?

In a nutshell, drone production can provide a great prospect in future for Pakistan. These hurdles in the way of drone production must be taken down and tackled in order to achieve the progress that drone production has in Pakistan. Many of the programs and researches are underway, however, more is needed to be done to make prosper at a similar pace with other nations producing drones.