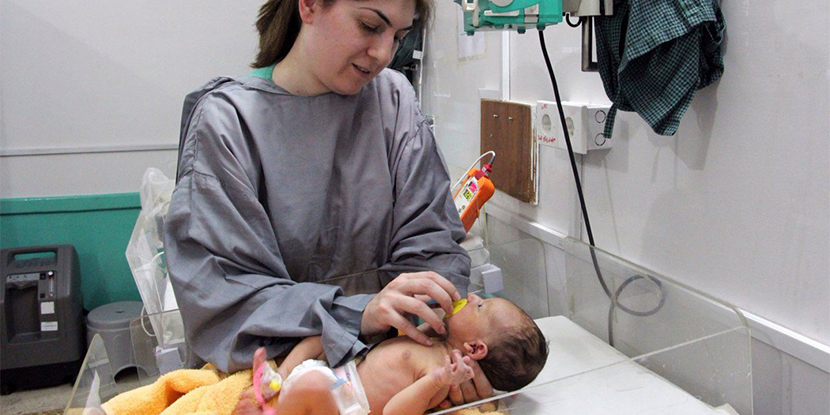 Being an under-developed country, about a quarter of the Pakistanis are living below the poverty line. To make things worse the healthcare system in the country is also deplorable. Government hospitals have a shortage of staff, doctors and medical equipment and private hospitals cost high for each and every medical treatment. These healthcare issues directly affect poor women because her family cannot afford the highly charged fee in private hospitals. She cannot be brought to public hospitals for giving birth because the conditions over there are worse and issues like unhygienic conditions and lack of specialist gynecologist risk the life of the mother and the newborn.

Women have to bear extreme bear at the hands of unprofessional doctors and staff and nobody feels for her. Every year, news channels air news of the women giving birth outside of hospitals, on the roads or in bathrooms, etc. still no special system is established. Some of the sad incidents are as followed:

Another such case of 2017 in Lahore happened when a woman was screaming due to labor pain but no gynecologist was available in Raiwind hospital and she was not admitted. This extreme negligence ultimately led the women to give birth outside the hospital. According to the report, the staff rejected to admit the woman and the staff said that there is no gynecologist available in the early morning.

In 2018 in Lahore, according to a man, he brought his wife into the Lahore General Hospital for his complicated case as the other hospital refused to treat her due to her complications. Unfortunately, the hospital refused to admit her due to the no vacant place in the gynae ward. Then the man rushed his wife to another hospital through ambulance and the woman gave birth inside the ambulance.

Another case happened in the same year when the woman gave birth in the bathroom after the refusal of Raiwind hospital to admit her. The woman had no choice except to go to the bathroom of the hospital where she gave birth.

In a rather recent case, on 28th February 2020 in Lahore, a gynecologist asked the woman to bring test reports from the said laboratory in front of Jinnah hospital. As the lady was poor so she said that she can test from some other laboratory because of low charges. The doctor refused to look into the reports and did not admit her to the hospital. The woman was suffering from extreme pain and when her husband was taking her home, she went to the mosque and gave birth in the mosque’s washroom.

This and many other incidents expose the internal dreadful conditions of hospitals in the country which are running out of facilities and many mothers die due to labor pain and many are giving birth out of the hospitals due to the lack of proper resources. Strict actions are needed to be taken.