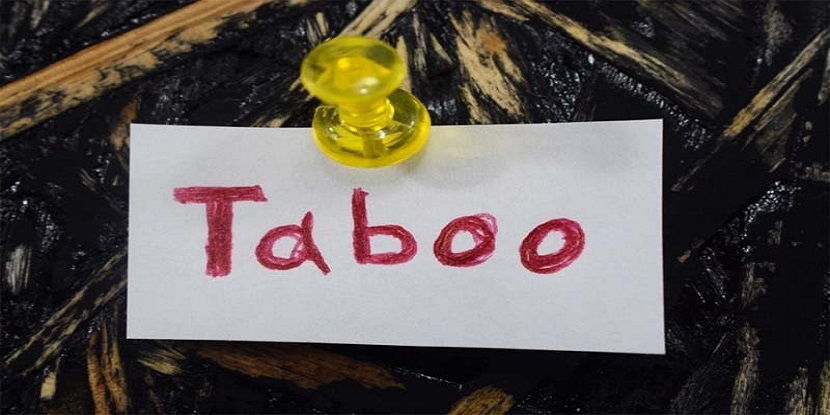 Taboo is an extreme social prohibition that is directly related to human activity which is considered forbidden. These forbidden and sacred human activities are based on moral judgment and religious beliefs and whoever tries to break taboos, he is considered a blasphemous or abhorrent by society.

Some of those taboos are as follows:

Pakistan has a society where considering mental health is a shame or a pretention to seek attention. Although a survey tells, every 5th person is suffering from mental stress or depression. Yet, it has importance. Whereas, checking from psychiatrists or psychologist is considered a taboo. Unfortunately, almost half of the population is illiterate and only 20-30 percent of people are highly qualified. Mental health is the most neglected department of Pakistan.

Marriage is a beautiful relationship but when it does not work, then divorce is a better option than to irksomely hurt each other’s existence. But in Pakistan, it is believed to tolerate and stick to the toxic relationship, whether one feels hurt or not. Even religion in a country permits to have a divorce. In-country, a divorced woman is completely rejected by society and loses respect. This is the dilemma of Pakistan that in the name of “Prestige” divorce is considered taboo.

There are hundreds and thousands of sexual abuse hidden cases because making a voice against such a case is a taboo. Pakistan has a society where rape cases are hidden in order to save the “Prestige” of a girl rather than sending the culprit behind the bars. Moreover, a painful truth is that the victim is said to be the cause of sexual abuse. Every year, many cases come in front, but their families keep their mouths shut to save their so-called “Prestige” and in this way due to the taboo, such culprits keep enjoying in the open air.

If a transgender is born in some family, then that family or specifically the mother is considered a misfortune. This taboo does not let the transgender let its life live normally rather they are sent to some specific areas where they are allowed to live with other transgender. They are specially made to feel discriminated from other people and society does not accept them.