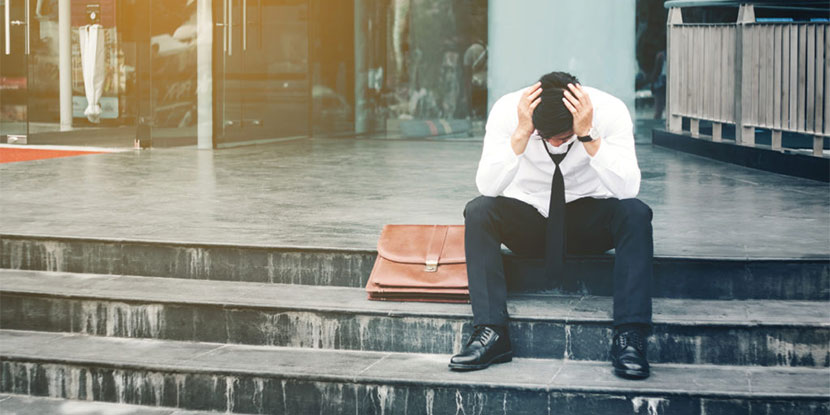 Unemployment Depression in Pakistan has become a huge crisis in recent year and the issue is only increasing. New graduates are increasing in number every year and the existing industries and companies who ought to employ them are laying off their already existing workers. This is due to the economic turmoil the country is going through. All this fiasco is leading people to mental disorders and some even become suicidal.

Pakistan is not only suffering from poverty and health issues rather the mental health illnesses are also wide-spread. The biggest reason for each big problem in the country is employment because earning money for the betterment of self and family is the only way to afford better healthcare and get out of the clutches of poverty.

Education is getting expensive day by day and people are striving hard to pay the fees of educational institutions. Failing to get into professional life after spending all the hard-earned savings will certainly upset the person and watching your ambitions and life goals getting crushed will lead to depression.

When they do not get jobs, they start experiencing long-term depression and ultimately that depression leads them to suicide. Eventually, every year, the suicide of unemployment has become a huge issue due to the stress people face.

Career counseling is an important factor for the future of a person. Because when a person does not have any career counseling, he finds no way to follow rather his directions get perplexed and he gets nothing rather than disappointment. The depression of unemployment is a common thing in Pakistan and, unfortunately, now suicide due to unemployment is also becoming a norm.

A few years back, studying medicine was considered as one of the best fields in Pakistan because of finding good paying jobs after graduation. Girls and boys, both preferred opting for the medical field but, now, due to reasons like surge in population and no increase in hospitals number, the ever-increasing new graduates every year fail to find any job and stay unemployed. Doctors with many qualifications are wandering here and there hopelessly.

They try hard to get jobs but due to the shortage of hospitals, all they get is depression. They are told to get specialization to easily find a job and everyone again gets admission to medical institutes for advanced education. Now the competition for positions of specialized doctors in hospitals also increases and many fail to get employed again. This time their depression becomes worse and they start having suicidal thoughts. The same is the case in all professions and thousands of people commit suicide every year.

A student who graduated from NUST Lahore recently committed suicide by taking poisonous pills. Dr. Shoaib from Lahore was an MBBS doctor who gave up his life because of unemployment. The unfortunate incident did raise some voices but not the one which was expected.

The debate started on how suicide is completely unIslamic and religiously we have been ordered to never lose hope, but still, we can’t let ourselves be deluded of our role. We need to be more considerate and kinder while dealing with people, and education institutions do need to prepare students for practical challenges they might face as well.