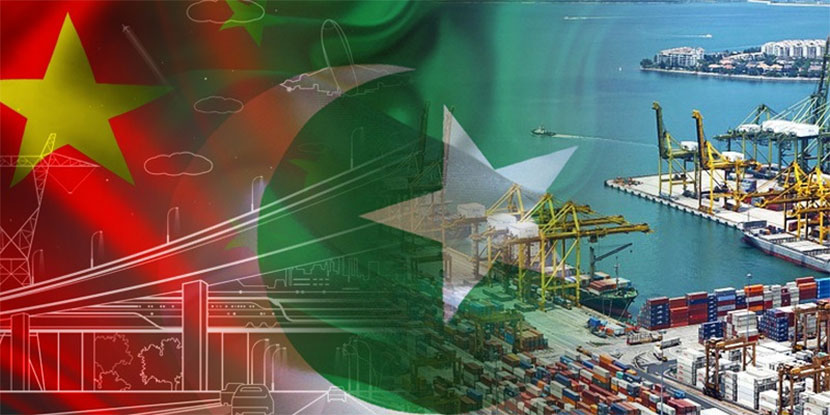 The China-Pakistan Economic Corridor (CPEC) is a pioneer project of the Belt and Road Initiative by China. CPEC is a regional connectivity venture for Pakistan and the flagship part of the overall Belt and Road initiative to interlink global communities. For Pakistan, it means a lot because it will enhance the trade and economy, overcome the energy crisis, and improve infrastructure.

Pakistan is a poor nation where per capita income and GDP are very low. The overall structure is based upon individualism. National interests are usually kept away when future planning is done.

Agriculture, industry and, trade are the three pillars of economy and performance of all these three have never been up to the mark. Therefore, the country’s exports have remained more than imports which have always created trade deficit and balance of payment issues.

Weak governments could not stop the increasing level of corruption. Therefore, the economy of Pakistan has usually been vulnerable to a lot of internal and external threats. Another big factor that harmed the country was its jarring and compromised foreign policy. Pakistan has never been in real friendly terms with the neighboring countries except for China.

2004 was the year when Pakistanis witnessed a great change in the foreign policy from west to east. Efforts started to further strengthen the relations with the neighboring countries like China, Iran, Afghanistan, and Russia and even with India.

CPEC is the result of the efforts started in 2004, although the planning of CPEC is quite old. Yet, the materialization started in recent years. No doubt China would be the greatest beneficiary of CPEC, for example; a distance of 22,222 kilometers had to covered to reach Rotterdam port, a city of Netherlands from Shanghai and with CPEC, the same port will be reached after covering 12,565 kilometers through Gwadar port. This thing shows the importance of Gwadar, which is regarded as the crown jewel of CPEC.

In recent years, China has been recognized as an emerging strong economic power. To get a strong economic place in international markets, the Chinese president came ahead with Belt and Road initiative. It is a trillion-dollar project and around 60 countries will be part of the project. In these 10 years plan, there are 116 mega projects.

The significance of economic corridors has increased manifold in the present era because CPEC is now known as a game changer for Pakistan that will further strengthen its standing in the world. It will become a business hub for many countries because the main route of OBOR goes through Pakistan. The megaprojects are certain infrastructure projects, power generation projects, railway projects, new routes, and roads network.

With the above pretext, the biggest beneficiary of this global project will be Pakistan because the starting point of CPEC is Pakistan. The project is very important for the country because it is revitalizing its national interests, social welfare at large and equal distribution of the resources. A strong political, economic and social system will be formed due to it through with Pakistan will emerge as strong democratic and economic power in the world.