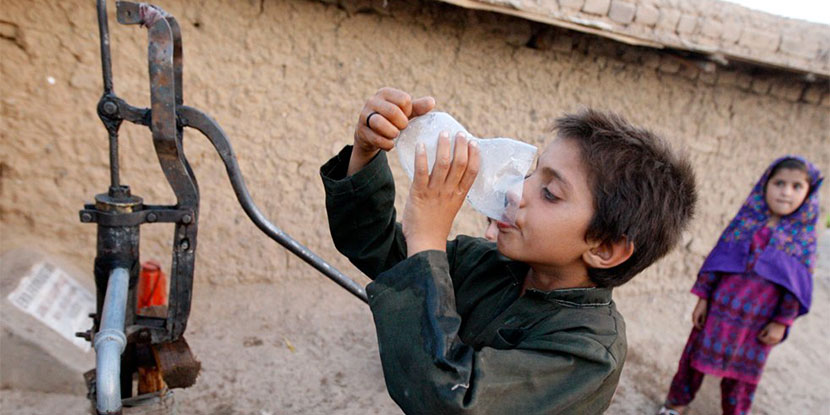 Water plays a vital role in human life; this is one of the most precious gifts of God. No industry or agriculture sector can run without the availability of water. Pakistan is the country which is situated in the most suitable place in the world geographically but still suffer from severe water scarcity challenge.

It has been blessed with moderate weather, the second largest glacier of the world, and an abundance of minerals and large human resources. The country has one of the best irrigation systems in the world. There is an abundance of flowing water from glaciers and also from the rain.

Despite the above-mentioned fact, Pakistan is surrounded by a number of issues that are a hindrance in its way of development. The four provinces of the country are usually found conflicting with one another for water. The maximum quantity of water is wasted and runs into big rivers that fall into oceans without being utilized in any way.

There are only a few big dams and barrages, which were built in the few decades after independence. No efforts have been made after that to increase the water storage capability. Some big dams are vital for the county but there is no consensus between the provinces to built them like Kala Bagh Dam. But, the establishment of small dams is a feasible and quick process but still, no resolve is shown by the government.

On one side there is the issue of agricultural water scarcity, which causes low yield of crops and on the other hand, electricity is produced far less than the capacity due to lack of water in the already lower number of dams. Instead of banking upon the appropriate arrangements for the storage of glacier, water, and rainwater, the third option has been adopted.

The government has started extending funds for the establishment of tube wells all over the country. This has created another tragedy. The water level on the earth has gone down. Pakistanis are now bound to drink dirty water which is causing fatal diseases like hepatitis and, kidney failure.

More than 70 percent of the population is deprived of clean drinking water. No strong action has been taken so far to stop the industrial units that let their waste to go to the rivers. The clean water of rivers is also mixed with the waste of industrial units.

In China, there are more than 7,000 dams of different sizes and still, the number is increasing. In India, the number of dams and reservoirs are also increasing. This is always the priority of all the developed and developing countries to make water reservoirs in big quantity as water plays a vital role in economic development.

The situation of agriculture, industry, and trade is vulnerable in the country. It is the need of time to establish enough small dams and water reservoirs which will not only fulfill the requirement of agriculture, energy, and industrial sectors but also, people will have access to clean drinking water.

The Rich and Ancient Baloch Culture