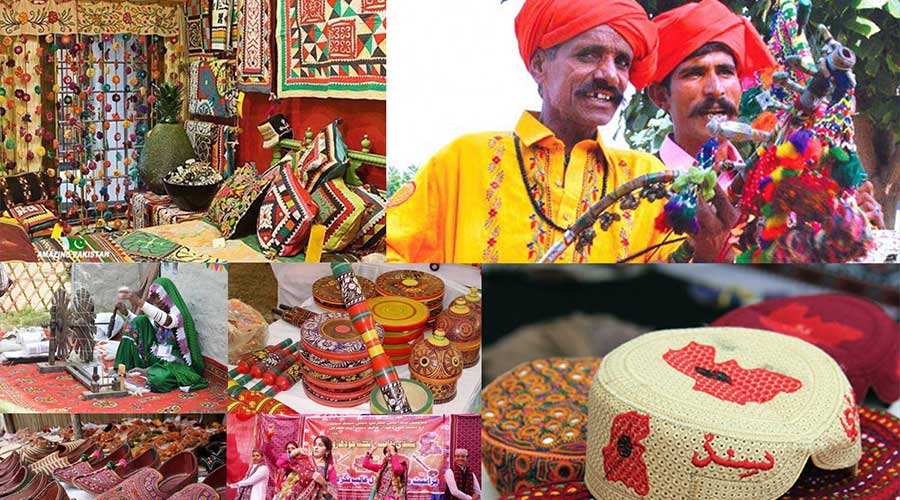 Sindh is the province of Pakistan, located at the southern border and named after one of the major rivers Indus. This province’s name is derived from Sindhu which means “an ocean” in the Sanskrit language.

The area has deep roots in Indus Valley Civilization which was a Bronze Age civilisation and urbanized by the Dravidian cultures in around 3000 BC. Sindh has a larger part of the desert region and many natural resources.

Sindhi culture is practiced by the Sindhi people who are divided distributed among Pakistan, India and diaspora. Their centuries-old history has given them strong traditions, customs, folklore, distinct lifestyle and their own language called Sindhi.

But, their civilization has witnessed many ups and downs and it got declined because of many natural disasters like floods and most importantly the Indo-Aryan attack collapsed the whole region. According to the history, British conquered Sindh in 1843 and till 1947, this province remained the part of British India and later became part of Pakistan.

People of Sindh are colorful and that depicts by their wholehearted celebrations of Islamic and regional festivals. Folk dance of Bhagat is their special dance that their professionals perform to entertain the visitors. In simple words, this culture is a compound of music, folk dances, and inexpensive entertainment for local people.

Sindh has always been considered the land of artistic values, romance, love, peace, and great cultural values. There lived a great mystic Sufi and the poet Shah Abdul Latif Bhitai. He spent his whole life cherishing truth, wisdom, reality of life and in the propagation of Islam. He also had been a great musician who invented several new types of musical instruments such as, Tambura.

Sindhis celebrate their cultural day known as Ekta Day on 6th December by wearing Sindhi Ajrak. Ajrakh is a unique form of block-printing found in Sindh from which different cloths, shawls and headwears are made

Agriculture is the most liked profession that they are inclined to. Their lifestyle is based on agriculture as their source of income and their lands are highly fertile due to the presence of Indus plains. Fishing is also the main source of living in the upper Sindh that provides many opportunities for local people.

The people living in desert regions of Thar have an Itinerant lifestyle where people move from one place to another along with their animals in search of drinking water.