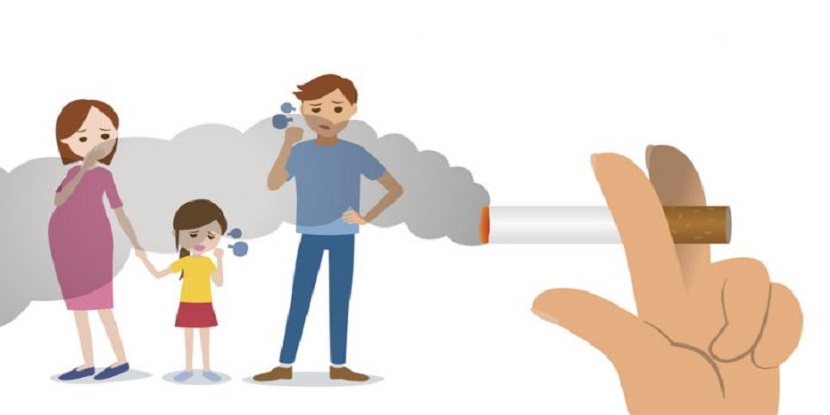 Secondhand smoking is the mixture of smoke that comes out from the burning cigarettes, cigar or pipe and the smoke that is inhaled by the other person who smokes. Secondhand smoke contains more than 7 thousand chemicals from which more than half of them are highly injurious to health that ultimately leads to heart diseases or lung cancers.

Cigarette smoking is harmful to both smokers and non-smokers. The more one-second hand smoking (SHS) breath, the higher are the chances of harmful chemicals enter into the body because non-smokers, who breathe SHS, take nicotine and other toxic chemicals of the same level as smokers do.

Smoker’s smoking does not only get into the smoker’s lungs, but it spread into the air that is inhaled by other people around. That is why; it is banned in many workplaces or institutes and specifically in public places, but many people are still exposed due to second-hand smoking.

Moreover, inhaling smoke is extremely harmful to pregnant women because it directly affects the child in the womb and more than 1000 infant deaths occur annually.

Most of the lung cancer cases cause smokers and many of the cancer cases occur in non-smokers due to the inhalation of smoky air. People who are exposed to SHS at workplaces, home or any other place tend to develop lung cancer 20-30 percent.

Non-smokers even though, they do not smoke still take thousands of toxic chemicals into them through the air, which causes the same type of cancer as in smokers. In several countries like the USA and also in Pakistan, more than 7,300 lung cancer deaths occur annually in non-smokers. Every time Second-hand smoking is inhaled, cells in the body damages in ways that cancer keeps in the process.

Sudden infant death syndrome (SIDS) is the death of an unborn child in the mother’s womb. Pregnant women who eventually smoke or inhale SHS have more chances their child dies. It is risky for both women and children.

The toxic chemicals in smoke appear to be affecting the infant’s breathing system and brain, which causes the abnormality in the child. Most of the infants who die have more nicotine in their lungs and high levels of cotinine that causes ultimately death.

That is why smoking around pregnant women is extremely harmful. It should be banned in public places strictly and smoking in front of children should strictly be prohibited.