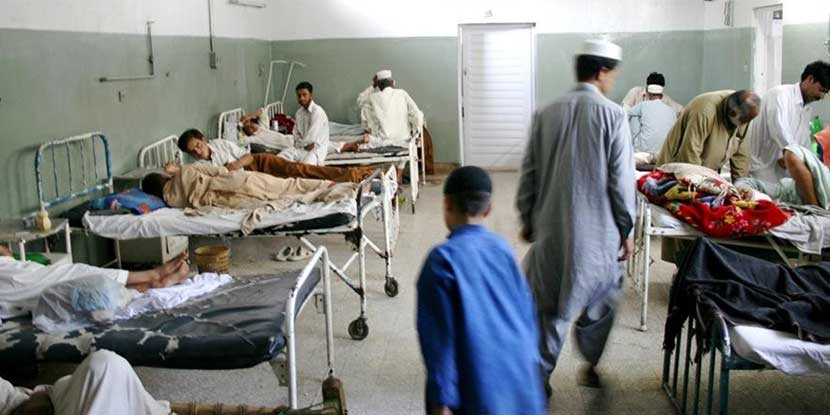 The condition of people in rural areas is getting worst day by day due to the lack of basic health facilities and the negligence of relevant authorities.

People living in rural areas suffer highly due to the scarcity of medical facilities. Such facilities are inaccessible until now. Every year in the election campaign it is promised that such a medical facility will be provided. It is irony of such promises regarding the construction of ultramodern hospitals with free treatment for the common man remains unfulfilled.

Women of rural areas suffer more than men. They are suppressed. Their men do not allow them to move to cities for proper treatment. Even in the technological era, women give births in houses. Consequently, rural areas are breeding ground for many diseases resulting in health problems.

Thar is one of the victims of deprived health facilities. Here diseases like tuberculosis, diarrhea and other infections have become common. It is destroying many lives. There is a similar plundered village name Mubarak Village. It consists of 3000-5000 villagers. It is observed that a considerable number of women die due to the lack of health facilities which is quite an alarming situation.

Likewise, a village Dera Ghan Khan is surveyed. It is located in the south of Punjab near Bahawalpur. It lacks a basic medical facility. Moreover, not even a single doctor is available to help. Scarcities of basic medical staff lead to the mortality of many lives. People suffer without resources through which they could travel towards nearby cities for better medical facilities.

Director-General of WHO Dr. Tedros Adhanom Ghebreyesus stated; “We are equally committed to ensuring that those services are good quality. Quite honestly, there can be no universal health coverage without quality care”. Pakistan’s rural areas are suffering from a deficiency in health facilities. They are being helped by no organization.

There are many organizations in Pakistan but rural areas are still helpless. This helplessness of the poor leads to their worst condition day by day. As mothers of rural areas suffer from diseases. their children are born with diseases. This has become a major health issue and no organization is ready to sort this problem out.

Hospitals play a great role in human lives. They not only facilitate but also gives care to all humans. Although Pakistan is not truly a rich country. If great malls can be built then building hospitals is not a complicated task for authorities. Negligence of authorities towards health facilities is one of the biggest reasons behind our nation’s backwardness.

Usually, our higher authorities provide funds for the poor to facilitate them. However, the bureaucrats of our country do not let this fund use for the betterment of the health of the rural population. Pakistan has a corrupt system that does not allow rural areas to flourish. The rural population is still stuck in farming only. Their generations are farming but could not seek education. Due to this arrogance towards education, they do not have the awareness to have their rights namely health facilitation. Nonetheless, scarcities of health facilitation are the ultimate reason for Pakistan’s downfall.