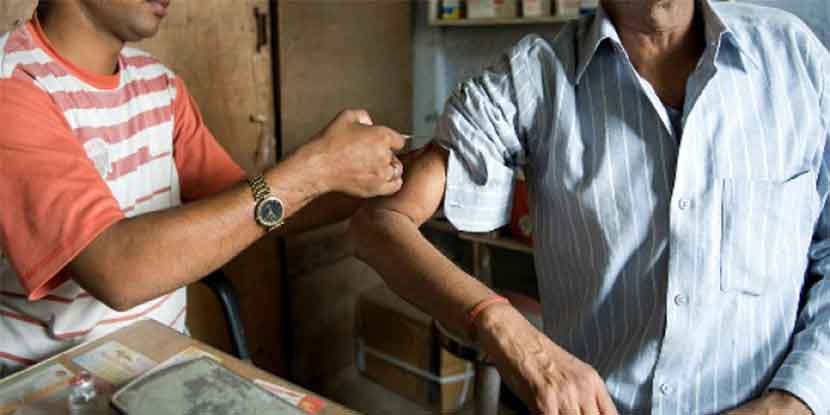 Medical treatment by quacks is as prevalent as corruption in Pakistan. Pakistan is a third world country where education is highly expensive. Poor cannot seek it and this illiteracy helps the quacks. They illicitly take advantage of illiterate people by building clinics for the treatment. Interestingly, they build their clinics in an area where the illiteracy rate is higher than normal. The poor people of that area make fool of themselves by visiting those clinics.

Quackery is particularly prevalent more in villages or small towns. The people of these areas get trapped with quacks easily. These people are mostly illiterate and they do not contain resources to treat themselves from reputed hospitals. Rather, they prefer to go for cheap treatment. Cheap treatment is readily available in so-called hospitals.

Quack doctors treat according to what they understand. They do not employ the best practices that are required to treat a particular disease. They inject wrong injections inefficiently. Most of the time, they do not have the proper instruments to test. Moreover, the unhygienic environment of their clinics is inexplicable. They give the wrong medicine and sometimes they prefer to invent their medicines that ultimately lead to death.

There are thousands of quackeries in Pakistan which are increasing day by day. There are many reasons for fake doctors. The main reasons which are quite common are as following:

Such fake doctors have spread throughout the country. Some of their clinics are highly expensive that even educated people get into it. They pay high fees to them and feel satisfied with the treatment. Their fee of just five minutes check-up is usually in thousands of rupees.

These doctors build their big houses in affluent areas. They become land-owners in just a few years through fraudulent practices. Although this fraud takes the patient’s life sometimes. Still, no action is taken. Authorities are highly responsible for this fraud. The implementation of the law is missing. If a medical fraud is caught by some means, its perpetrator gets free easily by paying bribes.

Pakistan has deep roots in fake treatment. It cannot be vanished out easily. Until or unless there is a high percentage of literacy, such spuriousness will stay long with its strong roots in society, and this disorganized health system would go on.

Pakistan has no proper system of maintaining proper health institutes in rural and urban areas. Modern hospitals are less in number. This is the biggest reason that gives chance to quack doctors to exploit the poor. This leads to the deterioration of the health conditions in Pakistan.